The brand made the announcement on its Instagram page. “So excited that you can now find our plant-based ice creams at Whole Foods locations across BC,” the company posted. Nora’s also announced a new competition in celebration of the launch, “to celebrate, we are giving away 2 pints each to 2 winners! Make sure you’re following us, then tag a friend in the comments (unlimited entries, must be able to collect prize in Vancouver). Winners will be announced Friday – good luck!!!”

Peanut Butter and Chocolate, Mint Chip, Vanilla Bean, and Strawberries and Crème are the flavors currently on offer from the brand. Named after a pet cat and created in a bid to help the environment, animals and human health, Nora’s Plant-Based Ice Cream was founded by dairy-free duo Tyler and Katherine. 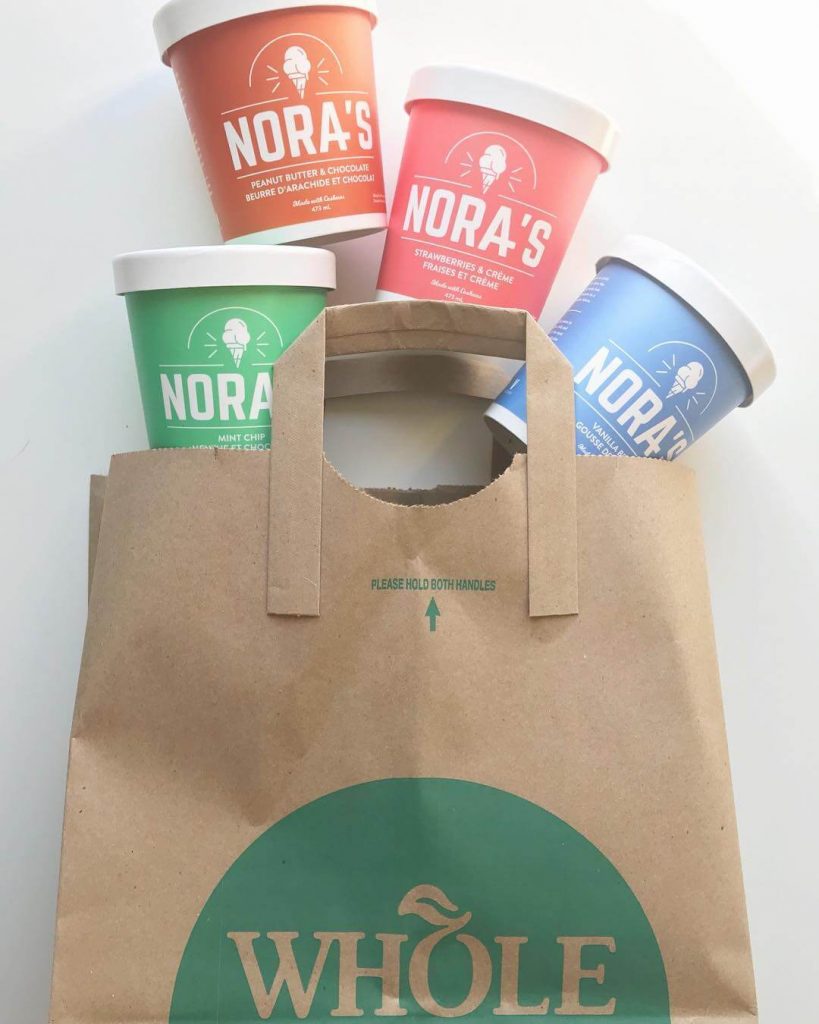 The pair felt that the vegan ice cream on the market wasn’t up to scratch and they struggled to find a product that satisfied their cravings for a sweet frozen dessert. “We knew we couldn’t be the only people facing this issue, so we invested in a tiny home ice cream maker and started recipe testing,” the pair state on their website. “After 8 months, we finally had our perfect formulation, with house-made cashew milk as our magic ingredient. We couldn’t be happier or more excited to share Nora’s with you!”

“The bottom line is,” Tyler and Katherine add, “If we can enjoy a rich, decadent, creamy ice cream without the ethical, environmental and health issues that come along with dairy – why wouldn’t we?”

The vegan ice cream market has taken off in recent months; a report from November 2017 revealed that the global value is likely to hit $2.45 billion in the next 10 years. Cornetto, Ben & Jerry’s, and Halo Top are just a handful of the major frozen dessert brands who have released new vegan ice cream options over the last year in a bid to keep up with consumer demand. Notably, recent data revealed that 40% of people under 35 living in British Columbia identify as vegetarian or vegan.