Shakewell, an Oakland, Calif., staple restaurant, became the one-thousandth US restaurant to serve the vegan Impossible Burger. Since this recent benchmark, additional restaurants have added this vegan burger to their menus as well. Created by Impossible Foods, the Impossible Burger is taking over restaurant menus nationwide.

Impossible Foods debuted the Impossible Burger in July 2016 at a decidedly non-vegan restaurant, David Chang’s Momofuku Nishi. Since then, chefs and hospitality groups across the country have included it on their menus. From independent eateries to major burger lords such as FatBurger, Umami Burger, Hopdoddy, and The Counter, this vegan burger is in high demand. 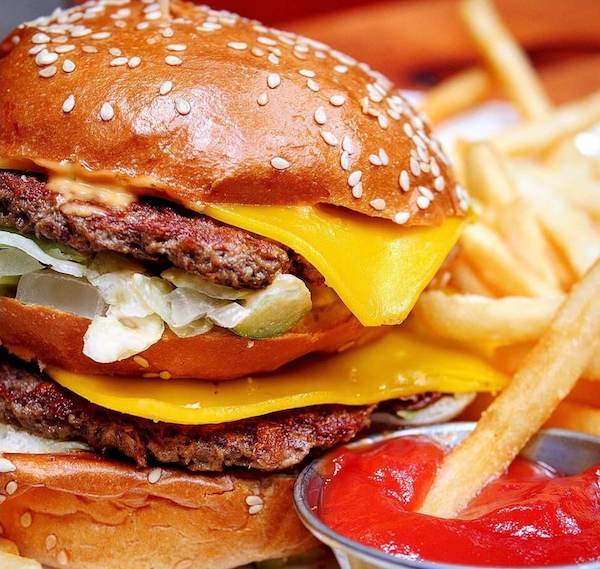 According to restaurant statics, having the Impossible Burger on a menu increases the guest headcount by up to thirteen percent, compared to the same chain that does not offer this option. Further, the burger has been shown to increase a restaurant’s gross sales by up to thirty percent in one year.

What makes it unique to other vegan burgers is the research and development behind it. It is not an amalgamation of vegetables and grains; it is a thoughtfully engineered food designed to replicate meat in its entirety. The burger is made with wheat and potato proteins, coconut oil, and plant-based heme to create the same look, taste, texture, and smell of its animal-based counterpart. The Impossible Burger allows people to enjoy a familiar food in a familiar setting, without contributing to the deleterious effects of animal agriculture.

CEO of Impossible Foods, Patrick O. Brown, M.D., was excited about this milestone, though he is focused on further progress. In a press release, Brown said, “There are still millions of restaurants and billions of people who want meat. So while achieving full capacity at our first plant is an important milestone, it’s just the beginning. We won’t stop until the global food system is truly sustainable.” Brown referred to his company’s first large-scale factory in Oakland, which produces five hundred thousand pounds of vegan meat per month – enough to feed two million people.

Brown is determined to continue the Impossible Burger’s growth. The company has partnered with a number of major players in the food industry to accomplish this goal. Most recently, Disney began selling the burger in the form of a “No Meatball” sub.

For a full list of restaurants that carry the Impossible Burger, refer to the company’s burger locator.