Reported by GrubStreet, the plant-based patties will be served as a slider at 140 locations scattered throughout New York, New Jersey, and Chicago.

“Innovation has been core to everything we’ve done at White Castle since our founding in 1921,” White Castle CEO Lisa Ingram said in a press release. “The fact that we are the first fast food chain to offer the Impossible Burger to our loyal customers epitomizes our history of being on the ‘bleeding edge’ of a rapidly evolving industry.”

Impossible Foods CEO Pat Brown says that making the “bleeding” Impossible Burger available at a mainstream outlet like White Castle will give the company insight on how to “popularize plant-based meat with mainstream burger lovers.”

Earlier this month, Impossible Foods announced the successful closing of $114 million in convertible note financing, bringing its total investments up to $400 million. CEO Pat Brown commented on what the investments mean for the future of the company: “Our world-class investors enable us to ramp up rapidly and accomplish our urgent mission. We are proud of the progress we’ve made — but frankly, there are still millions of restaurants and billions of people who want meat. We won’t stop until the global food system is truly sustainable.” 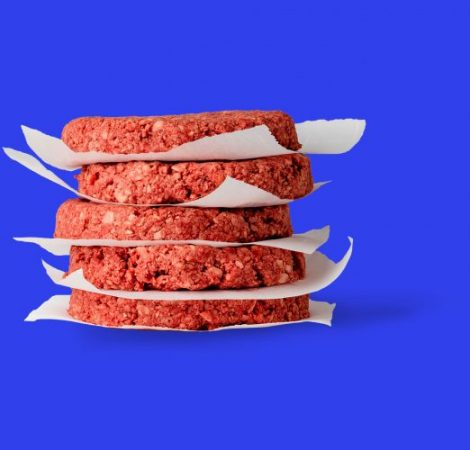 In order to help meet the high demand for the Impossible Burger, the company plans on adding a second shift to the large-scale production facility that opened last September. In spite of that, the company stated that it will announce the burger’s debut “in additional mainstream American restaurants later this month,” likely teasing the White Castle partnership.

Other plans for the company include worldwide distribution, starting with the Impossible Burger’s debut in Asia, which is set to happen later this month. The company’s flagship burger is now available at more than 1,000 restaurants across the United States, many of which feature meat-heavy menus.

Recently, a Portland-based bar replaced all beef and lamb on the menu with the Impossible Burger. It is also served by several small and independent burger chains like Fatburger, Umami Burger, Hopdaddy, and The Counter, Wahlburgers, and was also recently added to a restaurant in Disney’s California Adventure in the form of a “No Meatball Sub.”

The White Castle Impossible Burger will be served on the fast food chain’s signature slider bun with pickles, onions, and smoked cheddar and set you back $1.99.