People in Wales are about to get their vegan fast “junk” food dreams made a reality. The popular pop-up stall Greazy Vegan is now opening a permanent eatery in Cardiff’s city centre.

Opposite from Cardiff Castle, this plant-powered restaurant is undergoing renovations and is expected to open in April, replacing the site where Seasons Bar and Cafe used to occupy. Greazy Vegan’s owner Zoe Skinner sees this as a similar eatery to fast-food giant McDonald’s. 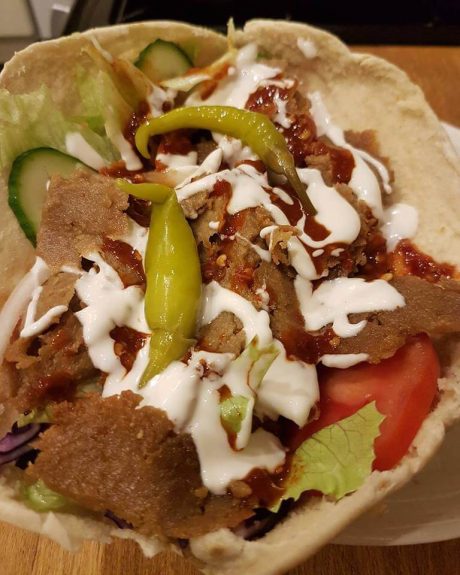 For people in nearby areas such as Canton, Pontcanna, Cathays, and Roath – there will be a delivery service that brings Greazy meals direct to your door. Greazy Vegan was created with the knowledge that not all vegans are health-focused; kale chips and cabbage salads aren’t everyone’s cup of tea. In the words of Greazy Vegan themselves, “[v]egan food doesn’t have to be all about chickpeas & lentils!” Hence, this eatery serves up takeaway food as consumers know it, yet made without any animal products. Perfect for vegans and non-vegans alike; anyone who loves a good Greazy feast.

While the restaurant will open without an alcohol license at first, delicious cruelty-free meals may well be enough to make up for it. Burgers such as the GV Big Moc, The GV Southern Fried Chickun (complete with a secret herb and spice recipe), and The Vopper are among hearty appetisers – carcinogen and cholesterol-free Footlong Hot Dogs, Buffalo BBQ Hot Wings and more. Where there’s ‘meat’ to be found at this restaurant, it’s actually made from a plant-based protein – soy, seitan, or a blend of both. Additionally, all ingredients are free of GMOs when possible. 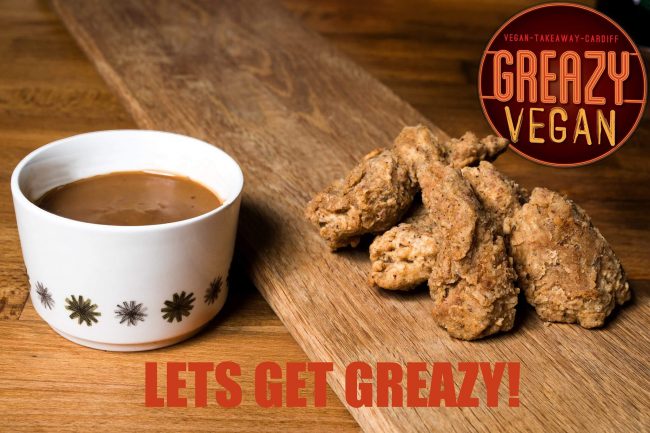 KFC has been closing many stores recently, due to a shortage of chicken from local supplier. Fried chicken lovers who happen to live in, or be passing through Wales – Greazy Vegan offers a KFV Fried Chicken and Southern Style Gravy. According to Greazy Vegan, “[i]f the Colonel was vegan, he’d eat these.”

Earlier in February, Greazy Vegan’s pop-up stall saw an overwhelming number of people visit their stall and were met with such positive feedback that they found the drive and confidence to open up a more permanent location. The site has space to accommodate for up to 40 customers and will be open between 11 am and 9 pm, seven days a week.