News outlet AZ Local reports that Mihaleva is a current visiting professor at the School of Art at Arizona State University where she studied costume design and earned a Masters of Art degree specializing in fashion and textiles. Her custom work emphasizes the connection between body and clothing, innovative construction processes, and using new materials.

Inside a former teachers’ lounge, Mihaleva has set up a makeshift vegan leather-making lab. Dozens of plastic tubs filled with a blend of tea, sugar, water, and SCOBY (symbiotic culture of bacteria and yeast) – the ingredients for making kombucha – sit atop tables throughout the room, emitting a sour, vinegary fragrance. Some tubs are open and some are closed in an effort to determine the best method for achieving the result that Mihaleva is looking for: cruelty-free leather made from the popular probiotic beverage’s slimy SCOBY culture. 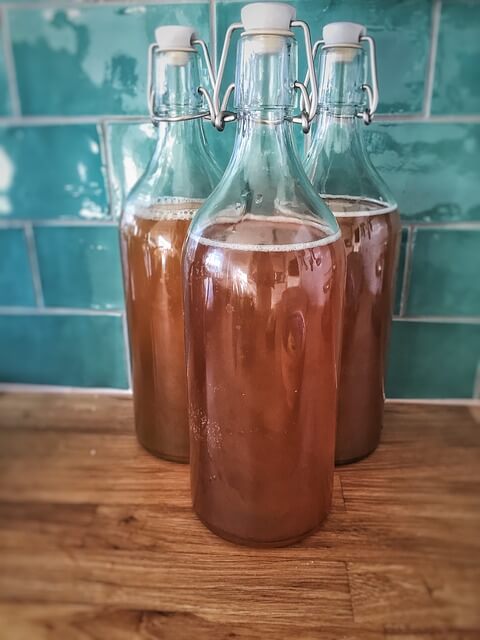 “This is an old thing,” said Mihaleva, referring to the process. A thin, rubbery sheet is present atop some of the tubs. When dried, it will take on a leather-like texture that can be used to make clothing or shoes. “Two thousand to 3,000 years ago, the Chinese were doing (this) without knowing they were making biotextiles.”

Mihaleva hopes that her process will be embraced fashion industry as a means of combatting the environmentally-hazardous leather industry, which is considered to be among the most dangerous sources of toxic pollution. While she says that she is a long way off from going mainstream, others are also looking to sustainable vegan leather as a viable material for the future of fashion.

Innovation peppers the burgeoning ethical fashion market. Sustainable vegan shoe brand Nicora, which was founded by third-generation shoemaker Stephanie Nicora, was created in order to engineer ethical footwear that is kind to the planet, animals, and workers. Cruelty-free fashion brand James&Co is launching a jacket made from vegan pineapple leather by Piñatex. The same brand attracted the attention of renowned luxury fashion brand, Hugo Boss, for the launch of its limited-edition vegan men’s shoes. Coconut water leather, apple peel leather, and a synthetic material that repels both water and oil are other innovations aiming to go mainstream.