Mayo lovers rejoice! Two new vegan flavours are hitting store shelves this January, and these products will do more than just improve your sandwiches.

Rubies in the Rubble are an innovative company confronting one of the biggest problems of the modern world with a simple, yet creative solution. Using produce that would be otherwise discarded, founder Jenny Costa creates “delicious, first-class” condiments, such as vegan relish, spreads and sauces.

Over one-third of all produce is discarded, even when most of this ‘waste’ is perfectly edible. The massive amount of food is thrown away due to an imperfect appearance, by supermarket standards. Jenny decided to fight against food waste by salvaging these fruits and vegetables and creating new, delicious, and environmentally-friendly food items. 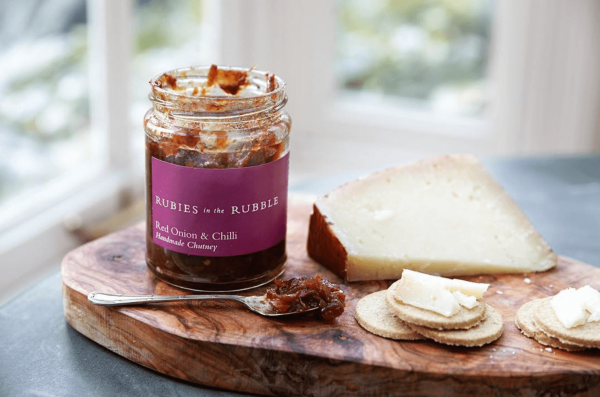 In 2017 alone, Rubies in the Rubble saved 198 tonnes of fruit and vegetables (over four million items of produce!). Consequently, this has saved 202 tonnes of CO2E, the equivalent of driving 23,393 miles.

The line of products is impressive, featuring flavours such as Pink Onion & Chilli, London Picadilli, Banana Ketchup, Blueberry BBQ Sauce and Spiced Pear, among others. And now, two new mayonnaises are set to hit the shelves this month- Aquafaba Mayo and Chipotle Mayo.

The Aquafaba Mayo is “something of a revelation”, as reported by Female First. The flavour is made using the water drained from cans of chickpeas, “which most of us wouldn’t think to reuse”. According to Jenny, gallons of this liquid is emptied every year by hummus manufacturers. The result is a creamy, vegan mayo ideal for dips and sandwiches. Similarly, the new Chipotle Mayo is “rich and deep with smoky spice”. 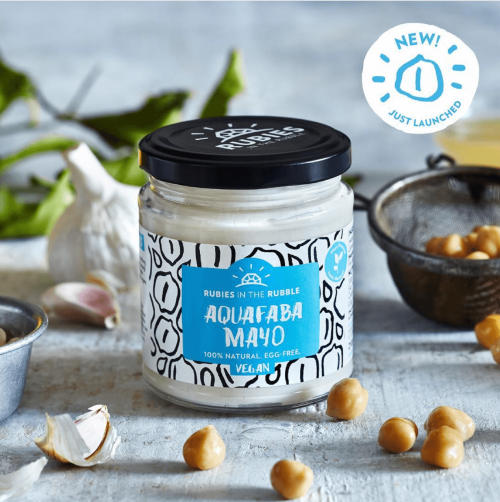 Jenny explains that the products are ideal for vegans and nonvegans alike- but notably, anyone who strives for sustainable living. She added that Rubies in the Rubble’s mission is to “encourage people to waste less” and “treasure their resources”.

“We want to save the planet one jar at a time by providing a delicious and practical solution to food waste”.

Image Credit: Rubies in the Rubble