Plant Power Fast Food, an established vegan fast-food joint based out of San Diego, Calif., plans to open 10 new locations across the Californian coast within the next three years. The micro-chain currently has two locations in the San Diego area, and additional locations in Redlands and Long Beach have already been secured.

Co-founder Zach Vouga spoke to Thrillist about the success of his business and the demand for more locations. “We were slammed hour-in, hour-out, every day,” he said. “I’ve never seen such an intense demand for something.”

The chain welcomes customers “to the future of fast food,” with co-owner Jeffrey Harris dubbing it the “vegan McDonald’s.”

Selling everything from a vegan fish filet sandwich to The Big Zac burger to thick vegan milkshakes, Plant Power offers customers a multitude of options and a familiar dining experience. 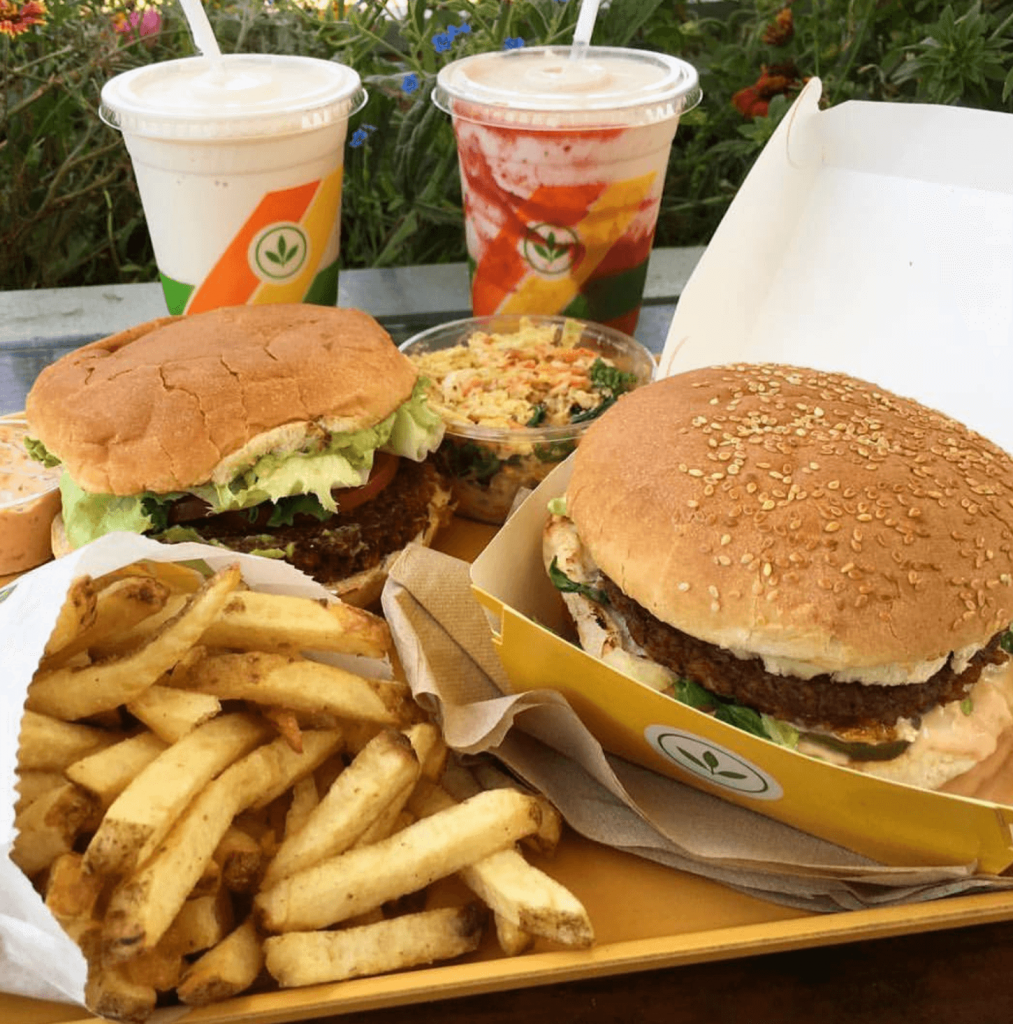 Vouga explained, “[B]eing a vegan restaurant… you’re stigmatized into this ‘hippie realm.'” He hopes to prove that Plant Power is different. He explained it as “a haven for people who want a burger, but maybe found out animal agriculture is a leading cause of greenhouse gasses, or who maybe had a doctor tell them to watch their cholesterol.”

He also emphasized that the company offers delicious, convenient food which is good for the planet and healthier than meat-based fast food – without hitting customers over the head with these morals. Everyone is welcome to enjoy the food in a comfortable atmosphere without receiving a lecture.

However, Vouga mentioned that San Diego was already fairly health-conscious, which is why he decided to open the first location here, asserting that it just “made sense”. The restaurant first opened in 2016 in the Ocean Beach area. Its second store is located in Encinitas and met with similar success. In fact, it took over the lease of a failing Burger King.

“[T]he world is changing in a direction that favors the product offerings we have. When I see the fast food giants going out of business, I know we’re onto something,” Vouga said.

Plant Power also plans to become its own supplier, a move that will improve the business’ environmental footprint, and also drive down prices. The ultimate goal is to offer quality vegan food at an affordable price to promote accessibility and defeat the stereotype of veganism as an elitist or privileged lifestyle.

Hinting to even more future plans, Vouga summarised: “We want to take Plant Power where it’s needed, in the food deserts in inner-city areas where low-income families only see [non-vegan] McDonald’s… for miles.”