Vegan figure skater Meagan Duhamel has finished her career on an almighty high, landing her last and final medal in the Winter Olympics. Along with her partner, Eric Radford, the vegan athlete was awarded a bronze medal for her figure skating performance, however according to Duhamel the medal “feels like gold” to her. Earlier this week the skating star also won a real gold medal, making this Winter Olympics an unforgettable experience for the animal lover.

When asked how she was feeling about her Olympic success, Duhamel raved, “Oh my God, just enjoying the moment. I couldn’t have dreamt it that much better.” Speaking of one of the only mistakes she made in the competition, she added, “I mean, I could have dreamt it without my hands down on my triple Lutz. But we came to the Olympics and we just delivered four amazing performances. Four out of four!” 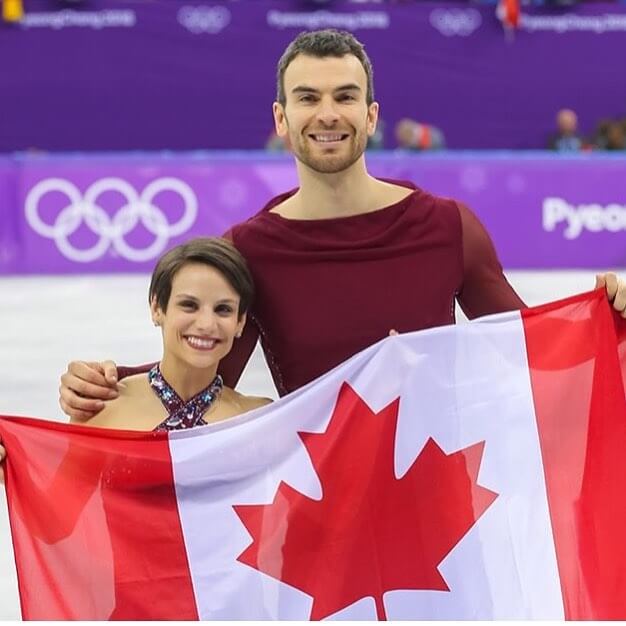 “We couldn’t have asked for more from this competition and from ourselves. We’re going to be able to retire and always look back on our skating career feeling complete and happy.”

After disappointment at the Sochi Winter Olympics back in 2014, this success was what Duhamel needed and deserved for her peace of mind going into retirement. She said, “I was like ‘I don’t care what I do, I refuse to cry because I’m disappointed when I get off the ice.’ That was really the mission. For me, I feel this completes it because I got to have my Olympic moment. That was the only thing I felt was missing in my career.”

Off the ice, Duhamel is a keen animal rights activist, her actions in encouraging others to stand up against the sale of dog meat in South Korea, where this years Winter Olympics has been held, are as admirable as her skating skills. When practicing for the Winter Olympics last year, the athlete adopted a dog in South Korea to bring home to Canada with her, by doing so, she saved the dog from slaughter. The New York Post even suggested that the star should be honoured with another gold medal, but this time for her work in raising awareness of animal suffering.