A Bristol-based entrepreneur is launching a new vegan grooming range, Kings. Twenty percent of the profits from the new range will be donated to men’s mental health charities.

Founder, Blue O’Connor, has always struggled with mental health problems; however, in his mid-twenties, his anxiety began to worsen, and he started to suffer from panic attacks. “I felt trapped because although I knew I needed help, I believed that reaching out would be ‘unmanly,’” O’Connor states on his Indiegogo fundraising page for the business.

After realizing he needed to change his life, O’Connor embarked on a ‘round the world trip. Whilst away, he realized he needed to help drive social change and upon his return, he became a youth mentor. Shortly after, the idea for Kings was born.

“There’s still a huge stigma with young men when it comes to dealing with mental health issues,” O’Connor told Bristol Post. “I feel strongly that we need to open up the conversation and address them to live healthier and happier lives. We want to encourage men to challenge the unhealthy, unrealistic ideas society holds about masculinity, and redefine what masculinity means in 2018.” 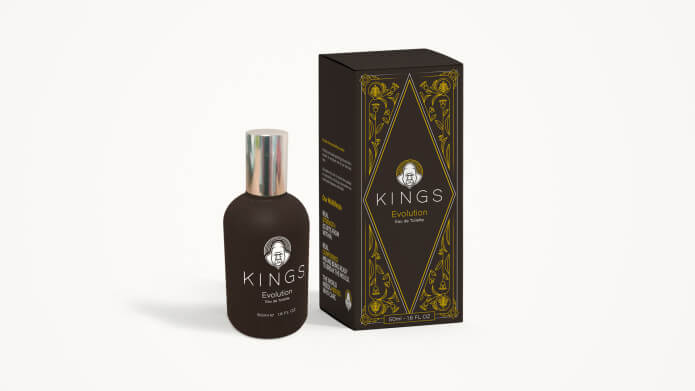 A long-term animal lover, it’s also important that his brand is cruelty-free and ethically made, O’Connor maintains.  “Kings is all about challenging the norm and using our brand to help power change, whether that’s offering high-quality grooming products that are also vegan and ethically made or using profits from the range to help change the way men deal with mental health issues,” he added.

Fragrances, face washes, moisturizers, and beard oils are just some of the products O’Connor intends to include once the Kings range is up and running. A portion of the proceeds will benefit local charities, Mentoring Plus and Bristol Mind, as well as O’Connor’s own project. The entrepreneur plans to build urban gyms in deprived areas in Bristol “to improve the health and well-being of young men.”

To support O’Connor and the King’s mission, you can donate on the brand’s Indiegogo page, or opt to receive one of the many aftershave packages offered. Kings ethical t-shirts are also available.