Sounding “preachy” is a problem that this genuinely funny pro-vegan mockumentary doesn’t struggle with. Carnage is a ‘documentary’ set in a calm, life-affirming, happy, utopian 2067 Britain, in which meat and any product from an animal is well… not only are they not eaten, they are illegal.

Simon Amstell – who is best known in the UK for his uncompromising takedowns of pop stars on Never Mind The Buzzcocks, – has largely been off mainstream screens since his criminally under-appreciated television show Grandma’s House. Carnage, represents his first foray into a feature length production and he himself said of it “I have written and directed a film about veganism. I’m sorry.”

At this point, I should confess. I don’t believe I can class myself as a vegan yet and when I first watched this film I most certainly wasn’t.

The brilliance of Carnage is that it presents veganism in such a way you often don’t even notice it’s being done.

In a podcast with Russell Brand, Simon pointed out that most vegan films are a bit dry and wouldn’t it be nice if there was something that was more fun? And the thing is he’s right, I wanted to watch this film not because it was about veganism, but because it looked funny.

Seamlessly flowing between genuine footage and scripted content, the film starts its journey in the year 1944 as we scramble forward to the ‘present day’ of 2067.  Through this timeline, we look back on the changes that led to the world becoming vegan and the people trying to come to terms with or confronting their past meat-eating ways. 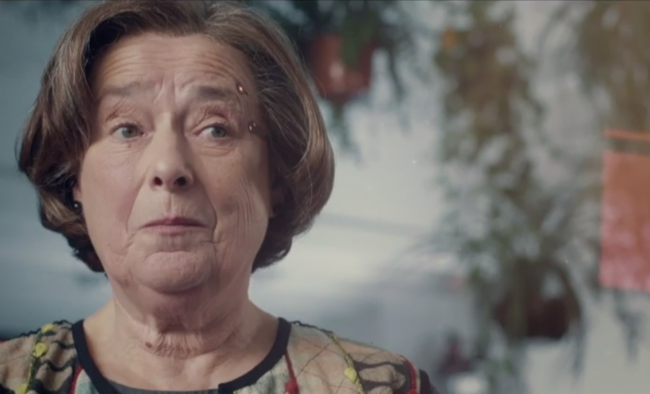 The devil is truly in the detail and there are numerous occasions in which you will begin to question what is genuine and what is scripted.

Early on the film it tackles issues head on with a lightness of touch, that sets it apart from other vegan films. As one character opines “We couldn’t have known we were active participants in the slave trade, because the language of the time suggested we were just eating our dinner.” For every serious point, there is a joke, and for every joke you will come away with a feeling that it raised a very good point.

An early scene in which a support group for former ‘carnists’ (a term for those who eat meat) requires members to name cheeses in order to help release their guilt, is absurdly glorious and will make you laugh and shake your head.

Celebrity chefs including Gordon Ramsey, Jamie Oliver and Fanny Craddock are all dealt with by Amstell’s rather devilish wit, which shines through the entirety of the film. Bizarre quirks in the world such as the hypocrisy of Babe – a film that actually won an Oscar, and was nominated for Best Picture, (seriously, please check) – being bafflingly cross promoted with McDonald’s are touched upon.

The language around meat is butchered. Politicians are lambasted for their behaviour as well as the society that demands they eat a hot dog in a normal way or appear out of touch with the public. Perhaps though, most unlike any vegan film before – vegans are made fun of from start to finish. Ouch!

Lacking charisma; wearing unnecessary amounts of beige; and being nothing short of a bit weird, there is a self aware and self-deprecating tone to Carnage that ensures you always stay with it.

Amstell’s ability to pithily turn a phrase as the narrator provides some of the most wonderful laugh out loud moments. His confused and strained voice when pointing out that Sir Paul McCartney’s well meaning Meat Free Monday campaign “now sounds as offensive as ethnic cleansing free Tuesday” not only drew a disbelieving shocked laugh, but has been stuck in my head for months since first watching.

Carnage is littered with laugh out loud segments such as a musical about the dairy industry from the point of view of a cow; a short film starring puppets entitled ‘A Day Out At Daddy’s Egg Farm’: and the incredibly bizarre sexualisation of yoghurt “the curdled milk of raped cows”. But every time you laugh – and you really will – you will invariably pause and reflect on how a point has been articulated in a way you can explain to your non-vegan friend – the carnist.

Many vegan documentaries, books, writing or anything – whilst raising outstanding arguments – can overlook how people often want to spend their free time.

People don’t want to be told they are wrong, or have their eyes opened to a world they would rather avoid. 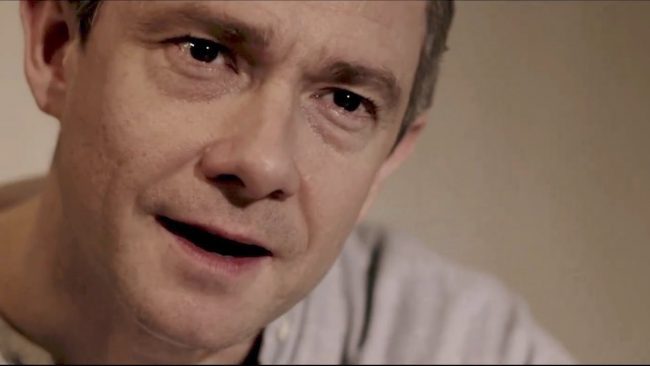 Carnage somehow has found a path that others hadn’t noticed or had avoided. Simply put, Carnage is wonderfully funny first and informative second. Taking away the vegan slant for a second, it is enjoyable to those who aren’t interested in being vegan. It stands alone as a brilliant addition to the works of Simon Amstell and as a lovely demonstration that the art of the mockumentary isn’t dead yet. A film for vegans and carnists alike.

If you haven’t already, just watch the damn thing, okay?