Yesterday, a group of vegan MPs hosted a program in the Houses of Parliament titled “Public Procurement: Do Public Authorities Have a Duty to Supply Vegan Food?”

The setting was a quarterly meeting of the All-Party Parliamentary Group on Vegetarianism and Veganism, also known as Veg APPG, which is attended by parliamentarians, stakeholders, and members of the public. The program coincides with a new petition calling for guaranteed daily vegan options at schools, universities, jails, hospitals, and councils in the UK. The petition was put forth by The Vegan Society, which was also a co-sponsor of the event.

Amy Odene spoke about her work with international non-profit organization ProVeg, whose School Plates program aims to increase the availability of healthy vegan meals in UK schools. Since the program launched earlier this year, over 3 million school meals that would have been meat-based are set to be meat-free instead. Last month, ProVeg was awarded the United Nations ‘Momentum for Change’ climate action award for providing climate-friendly, healthy meals in German schools. Now ProVeg is offering UK schools a set of recommendations as well as free chef training and nutritionist services to aid in the transition to more plant-based options.

James Odene, ProVeg UK’s marketing and communications manager, told LIVEKINDLY, “The APPG today was a fantastic opportunity to see all of the work that organisations are completing. Whilst our methods and executions all differ, we are all fighting for a common goal and that is to get plant-based meals into every public sector institution. To have an opportunity to share our School Plates programme and passion for the project in parliament was fantastic and we are looking forward to more opportunities where we can share our successes in the near future.” 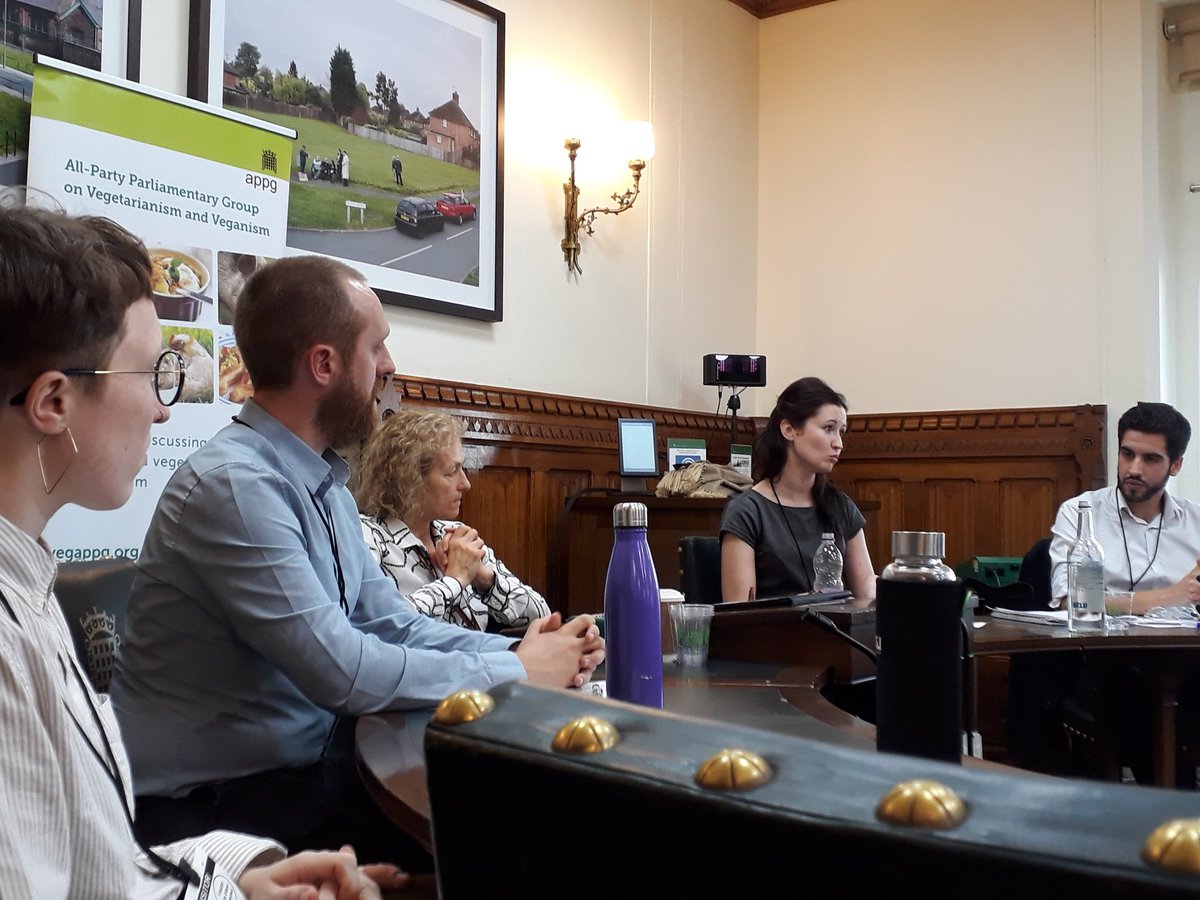 Another speaker was Nuno Alvim, president of the Portuguese Vegetarian Association. He spoke about his success in Portugal and how it might be replicated in the UK. His organization launched a petition which, last year, helped bring about legislation requiring vegetarian options in public canteens.

Another speaker was David Oliver, the head of prison catering and physical education for the UK Ministries of Justice.

Past Veg APPG program themes have included the environmental impact of factory farming, and the effect of Brexit on veganism and vegetarianism.