Naturli’ first launched in 1988, though it recently attracted international attention since its 2018 launch into Sainsbury’s supermarkets in the UK. Throughout the years, the company has developed a number of plant-based products based on oats, rice, almonds, and soy, in addition to plenty of vegetables and other natural ingredients. Products include a line of almond, oat, and soy beverages; vegan meats, spreads, and ice creams.

The flagship store will sell the entire Naturli’ product line, which includes over 40 items.

Based on recent actions, the company is also focused on expand its range outside of Denmark. Since partnering with the brand earlier this year, Sainsbury’s has taken on a number of its best-selling products, including the mince, “bleeding” mushroom burger, and palm oil-free butter. The mince is also available in Australia through Woolworths, and the burgers may be stocked in U.S. markets soon. In June, CEO Henrik Lund said, “We are in a trial phase, and [we have] a lot of samples crossing the Atlantic. We hope sometime soon that we also can launch products in the States.” 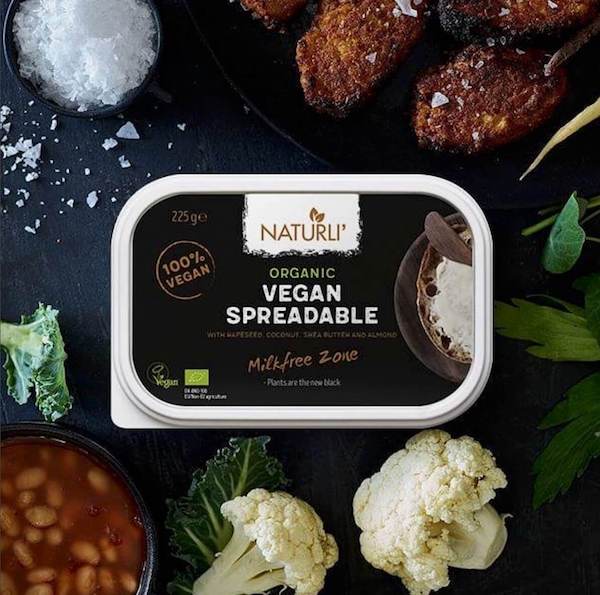 The market for plant-based foods is a fast-paced sector as companies develop their own successful products and word spreads via social media. Products are being shipped internationally, as everyone seems to want a taste of the latest vegan item. Impossible Burgers and Beyond Burgers have traveled beyond the United States into Asia, Canada, New Zealand, Australia, and the U.K.; vegan yogurt by the Coconut Collaborative crossed the pond from the U.K. to the U.S.; and the Swedish-based Oatly beverages have become a barista and supermarket staple in over 20 countries across Europe, Asia, and North America. Around the world, businesses are innovating products that create mass appeal to the international craving for plant-based foods.

Restaurants as well are traversing the globe to offer up their menus to new audiences. The Los Angeles based vegan beer and food festival, Eat Drink Vegan, showcased over a dozen vendors from outside the U.S. Next year, the festival is teaming up with Vevolution to bring U.S. vendors to the U.K. With this kind of mobility, one wouldn’t be surprised to find a Naturli’ store outside of Denmark in the future.