No Whey Tacos, a new vegan taco stall, is due to open in Plymouth Market on the 4th August – and has already expanded to offer even more Mexican food and meet the demand for its vegan treats.

No Whey Tacos was set up by vegan Plymouth-based couple, Fiona Graham and Joseph Pilkington after they noticed a gap in the market. Graham told Plymouth Live that “Tacos are phenomenal little pieces of food – they’re really flavoursome and easy to eat. Ours have been described as a ‘flavour bomb.’ They’re a great grab and go food for lunch time.” 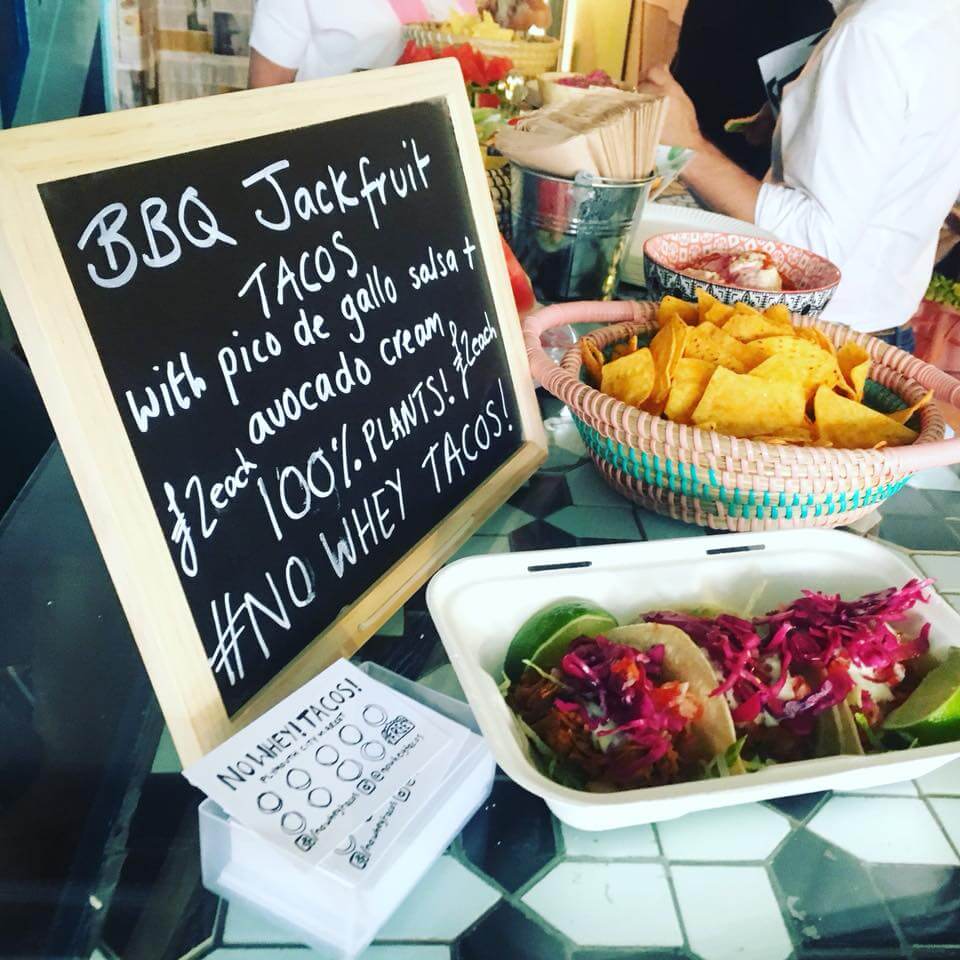 Following this response, the pair decided to expand their business. Graham told Plymouth Live this month: “We have decided to take the stall next to us so we will be bigger and able to offer more seating. Also, with the extra kitchen space, we are hoping to be able to offer a more diverse 100 percent plant-based Mexican street food menu in the near future including quesadillas, children’s options, and desserts.”

No Whey Tacos have also added tortilla chips to every dish and bulked up the tacos with more filling. Plans are also in place for the company to become mobile, enabling it to be hired for events. According to Graham, the couple has “already been booked to cater Plymouth College of Art’s Freshers Ball in October and… catered Nudge Community Builders opening night at the Old Clipper pub on Union Street,” an opportunity she describes as “absolutely fantastic.”

The couple hopes that the taco stall can bolster community spirit and become a ‘hub’ for locals. They intend to donate surplus food to charities. They are also doing their bit for the planet: the company will buy local produce where they can, and be “as eco-friendly and plastic-free as possible.”