While the Trump administration now denies that it fought against language in a measure from the World Health Organization to “protect, promote and support breastfeeding,” around the world, the backlash is still rumbling through the Internet.

The latest celebrity to support the World Health Organization’s position is actress and animal rights activist Pamela Anderson.  Anderson addresses both the numerous benefits of breastfeeding for babies and mothers and the reasons to avoid dairy-based formulas unless absolutely necessary, particularly because of the human health issues and the issues tethered to the dairy industry’s treatment of dairy cows. Anderson breast-fed both of her sons.

“Breast is best,” Anderson wrote in a letter for PETA. “There is nothing natural about giving human babies milk that is meant for baby cows—who have four stomachs and gain hundreds of pounds in a matter of months. In fact, cow’s milk is the number one cause of allergies in babies and children, and it has been linked to cancer, heart disease, diabetes, and osteoporosis.”

The New York Times reported that during recent discussions in Geneva, U.S. negotiators objected to the WHO measure; some of the people interviewed told the Times that the negotiators resorted to intimidation tactics, pressuring other countries to decry the measure as well. The U.S. pushback was allegedly because of its relationship with big dairy producers and declining dairy sales throughout the country. 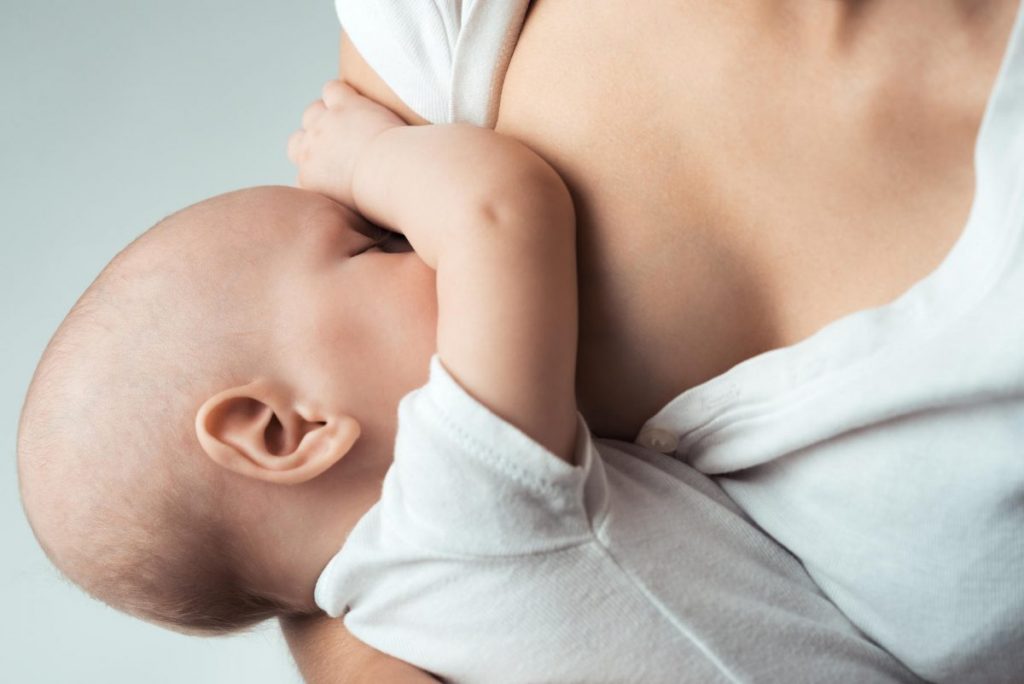 Celebrities, politicians, and the world’s leading health experts attacked the Trump administration, saying breastfeeding is indeed best for babies as numerous studies have proven. And while formula is essential for some mothers and babies, when breastfeeding is possible, doctors highly recommend it.

Not only does breastfeeding boost immunity and provide babies with all of the nutrients they need, but it’s also been shown to significantly improve mental and emotional health of infants, and supports mother-child bonding. There are notable benefits to the mothers too, from post-partum weight loss to the production of hormones like oxytocin, which helps to shrink the uterus and reduce uterine bleeding after birth. Some studies have also linked breastfeeding to reduced risks of ovarian cancer and osteoporosis, according to WebMD. A growing number of scientific and medical experts suggest women breastfeed for at least six months, but a year or longer is recommended.

Anderson says dairy-based formula supports “horrific cruelty to animals,” noting examples like those documented by PETA including cows on dairy farms being forcibly impregnated over and over again, “and their calves are torn away from them when they are only a day old so that humans can siphon and sell their milk. Heartbroken mother cows cry out in mourning for days over their missing calves,” she writes.

PETA notes that the U.S. has been criticized for its efforts to divert developing companies away from breastmilk to formula produced by multinational corporations instead, “which is then diluted with contaminated water, causing babies to sicken and even die from diarrheal diseases,” the organization notes.

“Thank you for standing firm in support of breastfeeding,” Anderson wrote,“[and] for recognizing that the perfect food for human infants is right under our noses.”