A new plant-based nut milk has hit the dairy-free market in America and is soon to be stocked on shelves near you. This innovative milk, with its focus ingredient farmed in Georgia, is made with a peanut base; the first of its kind, according to the creating company.

There are currently plenty of existing vegan milks on the market, with many eateries carrying at least one, if not multiple options – soy, almond, coconut, and oat being the most common. Even alternative plant-derived milk bases, including quinoa, pea and pecan milk are gaining increased marketplace traction, while dairy sales decline. 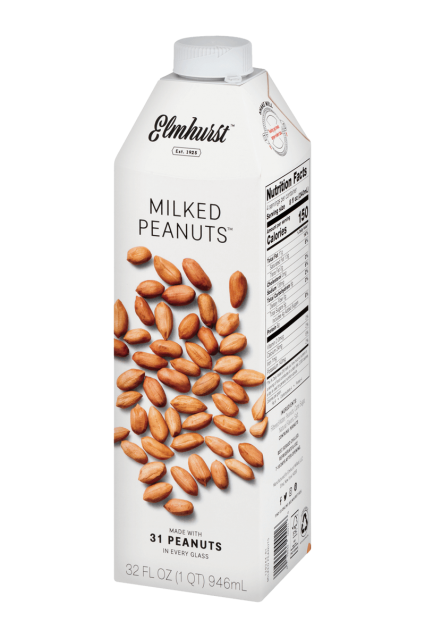 While peanut butter has a huge throng of addicts, peanut milk has been relatively unheard of – until now. This new peanut-positive vegan milk duo is made by Elmhurst Milked, an ex-dairy company turned vegan. Chocolate peanut fans can get their fix too, as Elmhurst’s peanut milk is available in “Milked Peanuts” and “Milked Peanuts with Chocolate“.

With only five ingredients, (filtered water, peanuts, cane sugar, natural flavors, and salt – Milked Peanuts with Chocolate has cocoa too), this new product is set to appeal to a wide range of consumers, not only vegans. The National Peanut Board (NPB) compares peanut milk to dairy milk, saying per cup this plant-based beverage has eight grams of protein, yet unlike standard dairy milk is free of lactose, a large problem as three out of every four people are lactose-intolerant. A record crop of peanuts was grown last year, and it seems now the NPB has found a way to put them to good use. 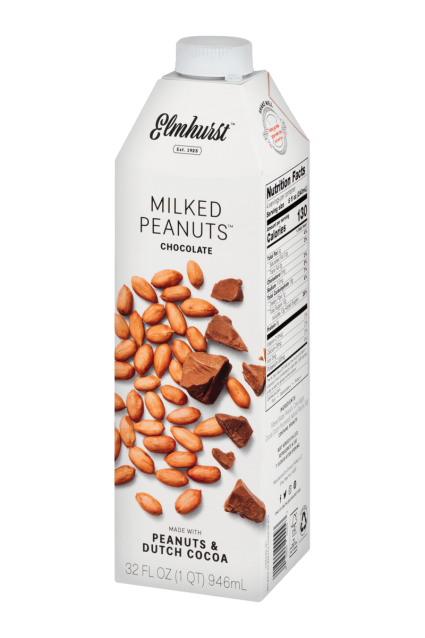 Health-conscious folks can get on board with Elmhurst’s new peanut milk also, as they are made from whole-foods, have six times the protein of almond milk, less sugar and contains four times the content of nuts than Almond Breeze and Silk (top-selling brands).