Popular faux meat brand, Fry’s Family Food Co. has announced that it is releasing a new range to coincide with World Vegan Month this November.

The company took to Facebook to announce the good news and pictured the entire range which consists of a massive twelve products. The products are refrigerated and form the start of Fry’s child range. The new release includes pies, pasties, and meat-style strips. 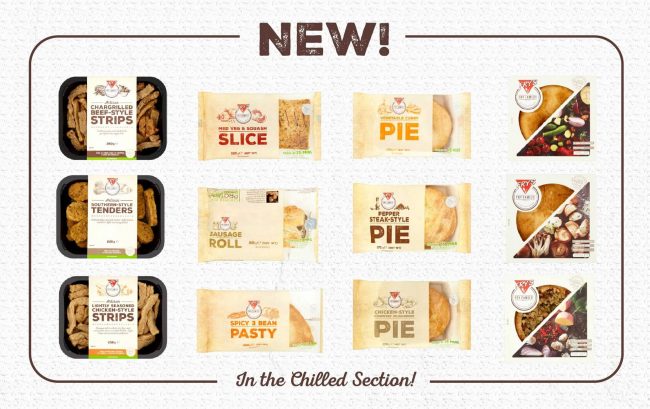 As with all Fry’s products, they are entirely vegan. The added bonus of this particular range is that many of the products are ready-to-eat or on-the-go. This includes three pies, a sausage roll, a ‘Med Veg & Squash’ slice and a ‘Spicy 3 Bean’ pasty.

Although grab-and-go products are becoming more widely available for vegans both in supermarkets and in coffee shops, there is still a limited number of options so this addition is welcomed by many people who choose to eat plant based.

Indeed, the new products mimic the sort of items that traditionally include animal products you would expect to find available in supermarkets. For those who are looking to go vegan but don’t wish to give up the familiar flavours and comforting texture of a chicken pie, this new range could be just what they were waiting for.

According to Fry’s the new products can now be found in the fridge section of Holland & Barrett.