For the first time in world history, Germans can vote for a vegan party this General Election, on the 24th September.

Led by chairperson Ronald Wegner, the party stands to transform legislation concerning the environment, the economy, and animal rights, following its motto of ‘We Love Life.’

Founded in 2016 in Munich, it calls itself the Party for Change, Vegetarians and Vegans, nicknames ‘V-Party3’ or ‘V-Partei3’. 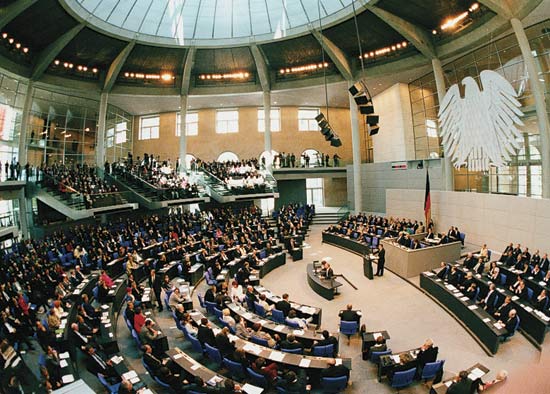 The founding group decided that this party was needed because Germany’s Green Party insufficiently covered animal welfare issues. The Green Party doesn’t take a hardline on farming, but instead looks to continue the production of meat by replacing factory farming with free range farming.

By contrast, V-Party3 seeks to completely abolish the slaughter of animals by 2030. We are the new Greens, only brighter,’ says Federal President Roland Wegner, ‘but this does not mean that we are following in their footsteps, rather pick up all the points that have been neglected for years.‘

While some voters may be taken aback by a party based on a ‘diet’, the group has made clear that policies are not based on food, but rather a lifestyle that best ensures compassion and sustainability.

“We also get a great response in our environment from not yet vegetarian or vegan people, who nevertheless respect and support our political demands,” says Wegner. “The implementation of the most important issues of the V party will ensure a better climate, better water, healthier food and more peace in the world.” 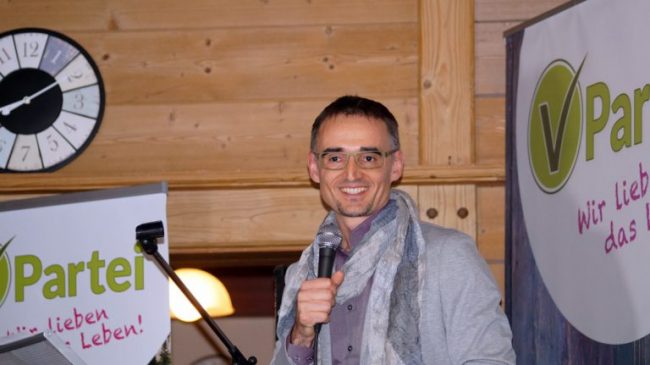 To support this, the party’s policies on other areas are focused on the welfare of German people. The party promises to implement ‘equal right to education, self-realization and fair wages‘; ‘state-subsidized community centers for the care of children and the elderly‘ and the ‘introduction of an unconditional basic income.’

Although the party currently holds only a small percentage of members it is growing rapidly. “About ten million people live in Germany without meat and there are more and more.” claims Wegner, who believes that although vegans are their main target audience, most meat-eater would still back their policies which are about protecting people and animals.

For many animal-lovers and environmentalists, this party represents their chance to be heard.