A vegan political party is set to run for office in Tel Aviv’s upcoming municipal elections.

“There are at least 25,000 declared vegans in Tel Aviv,” said Omer Shalev, founder of the new political party. “Everybody flags Tel Aviv as a vegan capital, but there is not even one vegan representative on the city council. Tel Aviv needs vegan council members that can represent our community.”

A number of publications have acknowledged Tel Aviv’s vegan-friendliness, even going so far as to name it the “vegan capital of the world.” Through Tel Aviv Tivonit, Shalev and his colleague, Dr. Nadio Ellis, hopes to help Israel’s second-most populous city to capitalize on the booming demand for plant-based food for both visitors and residents. 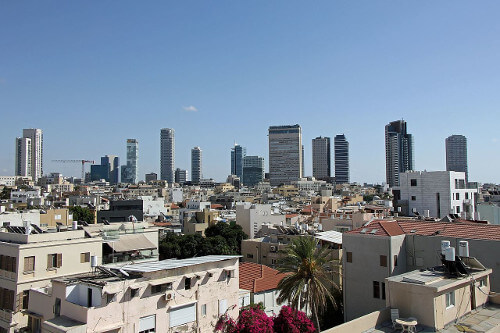 “Tel Aviv is a world-recognized vegan Mecca but it doesn’t cultivate vegan tourism, it doesn’t promote vegan oriented activities, and it doesn’t support people with a vegan lifestyle,” Shalev said. “We will support vegan-friendly events that will attract thousands of vegan tourists.”

Compared to the rest of Israel, where it’s estimated that 5 percent of the population is vegan, Ellis says that around 8 percent of Tel Aviv residents follow a vegan lifestyle. She predicts that within five years, 20-25 percent will be vegan or vegetarian.

Additionally, the vegan political party aims to encourage schools, hospitals, and other food service facilities to adopt plant-based menus. Initiatives include an established vegan center to offer community services, in addition to events like an International Vegan Day, a parade, and an art festival to promote veganism and culture within the city. The party also plans to implement a ‘green‘ agenda to improve public transportation and build new bike trails, along with programs to keep litter off the beaches and promote recycling.

Ellis, who also works as a lecturer at Tel Aviv University, stressed the importance of appealing to the Jewish community. “Vegan lifestyle just fits Jewish religion. Judaism unequivocally forbids humans from causing unnecessary suffering to animals,  Tel Aviv could become a real light tower for the world in this issues,” she said.