A popular Israeli chef, whose plant-based Middle-Eastern restaurant is a hit in Portland, plans to open a vegan ice-cream store.

Tal Caspi set up his first Gonzo Falafel and Hummus food truck in Portland ten years ago simply because he “was hungry, and at that point there was no Israeli food here.” He didn’t anticipate that the food he was cooking for himself, with the hope that “somebody else would like it too,” would become popular so quickly – nowadays, his Gonzo hummus is sold in 20 Portland supermarkets.

Talking to Israel 21c, he explained this decision: “I decided to try to be the person I wanted to be, and a big part of that was not eating other animals.” Indeed, Israel is home to the largest number of vegans per capita, and is a leader in the switch to plant-based restaurants, something which Capsi reflects. “Instead of preaching my philosophy to others, I get the message out through the food,” he says. 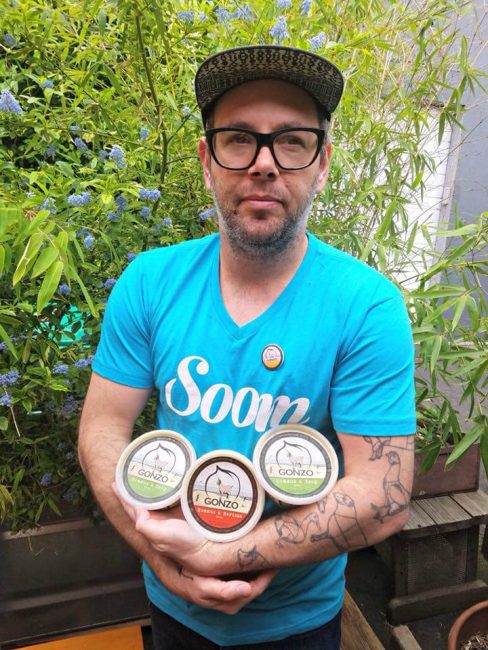 According to Israel 21c, Capsi now also has plans to open a dairy-free ice-cream shop, which will offer a range of unique and exotic flavors, including curry, rosewater, and Aleppo pepper.

Speaking to Israel 21c, he explained that Israeli flavors are unique. He said that when he came to the US, “People understood the basic concepts but not the details and that really bothered me. Like when I asked for hot sauce in a Middle Eastern restaurant it was Mexican or Thai hot sauce instead of beautiful Yemenite s’chug, perfect for falafel and hummus.”

And so the restaurant-owner brought Middle Eastern condiments such as  s’chug (a fiery green sauce), amba (pickled mango sauce), harissa (hot chili pepper paste), and an egg-free version of sabich (a popular Israeli street sandwich of fried eggplant, potatoes, tahini) to Portland  – and they have been an instant hit with customers. The news of the vegan ice-cream venture is likely to do the same.