The variety and availability of vegan products in Korean convenience stores, such as Ministop, 7-Eleven, CU and GS25, has significantly increased recently. Although the vegan population in Korea is still relatively small, the lifestyle has been generating huge popularity and has noticeably increased over the past few years.

In the past, you would have been hard-pressed to find convenience products in mainstream stores that are free of animal products, but now it is rare to strike somewhere which isn’t stocked with vegan milk alternatives such as almond and soy, coconut water and snacks, including dried fruit, dried sweet potato, and nuts.

It’s not only convenience stores in Korea that have experienced a rise in demand for vegan products. Other chains, such as popular coffee shops Starbucks, A Twosome Place, have begun to offer alternatives to dairy milk such as almond and soy in the east Asian country.

In Korea, among many other countries across the globe, the diets of celebrities and high-profile influencers  are a significant motivator which pushes many people to choose vegan products over animal-based alternatives.

For example, Madonna has been frequently photographed drinking coconut water and as such this drink has become known as ‘The Madonna Drink’. Many trend-following consumers cottoned onto the coconut water life, in response to the influential American singer’s beverage choice.

An increased awareness of the links between diet and health, are also pushing Korean consumers to make plant-based choice.

The demand for vegan products in Korea started to become apparent in 2015, when The Maeil Corporation, who have built their reputation by selling dairy products, chose to partner with Blue Almond to produce Korean ‘Almond Breeze’ milk. 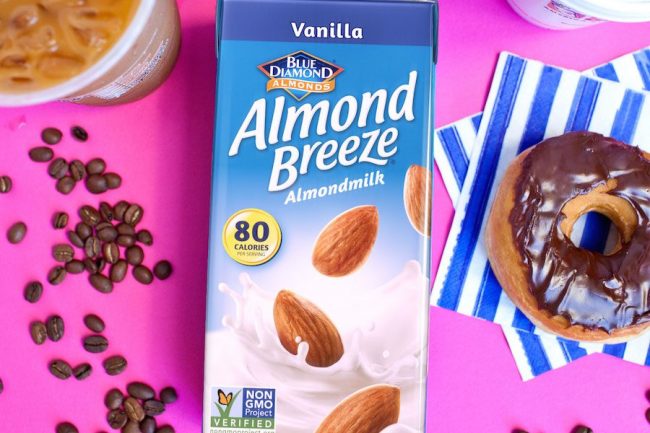 The company boasts the health benefits of Almond Breeze, with one 190ml pack of containing only 45 calories and packs 230mg of calcium. In comparison to Maeil’s 200ml pack of original milk which contains 130 calories and only 200mg of calcium, the almond alternative seems a lot more appealing to health conscious shoppers.

Partnerships and business actions such as The Maeil Corporation and Blue Almond working together to produce vegan products allows people to switch to a plant-based diet much more easily. Increase product availability and convenience worldwide, even at small stores in countries such as Korea show just how far veganism is spreading.