Meat & Poultry has named the advancement of plant based proteins as a highlight of 2017.

Looking back at the past twelve months, Meat & Poultry has put together a ‘Year in Review 2017’ which picks up the ‘hot topics’ from the past year. Examining the most popular, most-read stories from 2017, Meat & Poultry named Memphis Meats, a lab meat company that has received a lot of attention this year, and Impossible Foods, creators of the plant based Impossible Burger that tastes and looks just like a beef burger, as of particular importance in 2017. 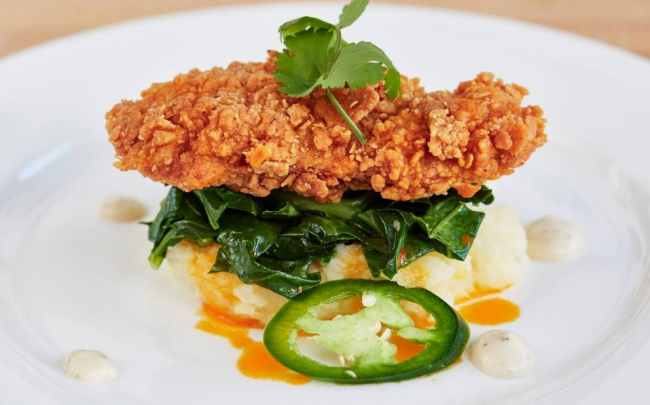 ‘As a growing number of retailers, foodservice operators and even processors invest in the future of the technologies behind these new products, the future of meat alternatives beyond 2017 looks bright,’ said Meat & Poultry.

Memphis Meats made headlines earlier this year when they received investment from high profile businessmen Richard Branson and Bill Gates, as well as Cargill a major meat packer in the US.

Impossible Foods made a bold statement back in September when the CEO Pat Brown stated that he intended to make the world a meat-free place by 2035. He intends to do this by replacing all the food we currently get from animals with plant based alternatives.

Veganism and meat-free meals and diets have become increasingly popular this year as the world becomes more concerned about the impact animal agriculture has on the environment and the possible health risks consuming animal products presents.