Vegan protein is just as beneficial to UFC fighters as animal-based whey protein, according to a new study by Florida International University (FIU).

The study, which is the first of its kind, evaluated eleven mixed martial arts fighters, seven of whom are currently contracted by the UFC. Dr. Douglas Kalman along with Alison Escalante, a sports nutritionist at FIU, split the fighters into “Team Plant” and “Team Animal.”

Every day for six weeks, the groups were asked to consume 75 grams of their designated protein, whilst also following the same training regime, diet, and lifestyle as they normally would. The results of the study showed that fighters in both groups could build and maintain the same amount of muscle over the study period.

In the past, whey protein has dominated the market, Kalman noted. However, this study proves that plant-based protein is just as effective. “Non-dairy and non-meat proteins are often considered inferior to meat-based proteins,” Kalman told ESPN. 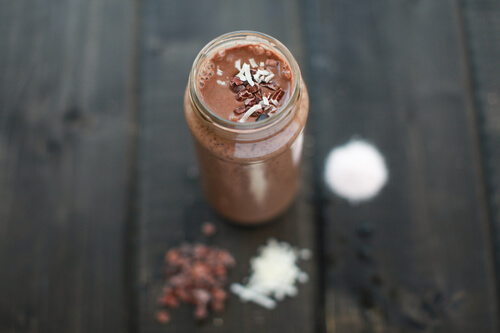 “There’s now mounting evidence that not only in college-aged athletic individuals but in elite athletes such as MMA fighters, that the rice protein works just as well for helping a person maintain body weight and muscle mass as comparatively to whey. In addition, we tended to see that body fat was reduced in the rice protein group as well while muscle was maintained.”

Andre Soukhamthath, a UFC bantamweight fighter, is a firm supporter of plant protein over animal. “When you’re on a diet and you’re watching your carbs, you’re low on energy,” Soukhamthath said to ESPN. “That’s where the plant protein came in. It’s a protein that gave me energy and made me feel full, so I didn’t want to add to my diet.”

Despite being part of the animal-based protein team, Chas Skelly, a UFC featherweight, is excited to try the vegan rice protein. He also believes his fellow fighters will be keen to give it a go too. “MMA is a fairly young sport,” Skelly explained. “So anytime something new comes out and people jump on it, it’s always improving your game. Obviously, the results are there, so there’s no doubt that it works. I’m going to try for my next camp, for sure.”