In the UK, lockdown restrictions are slowly being eased, but pubs and restaurants are still closed for the time being. If you’re suffering without your weekly trip down the local pub for a quiz night, or you’re looking to liven up your Zoom call, virtual pub quizzes are now all the rage. Putting together your own questions feels like too much admin? we’ve put together these questions for you. See below for 51 vegan facts and animal trivia.

51 Vegan Questions For Your Next Zoom Pub Quiz

Question 1. Which Formula One Champion Follows a Vegan Diet and Is Passionate About Animal Rights?

The answer is Lewis Hamilton. The racing car driver went vegan back in 2017. Since then, he has used his social media platform to speak out about animal rights on a number of occasions.

Question 2. True or False: Pigs Are the Smartest Domestic Animal

The answer is true. Pigs can solve problems, they can recognize friends, they can work their way out of mazes, and they have good long-term memories.

Question 3. Which Oscar-Winning Actor Referenced Cruelty in the Dairy Industry In Their ‘Best Actor’ Acceptance Speech?

The answer is Joaquin Phoenix. Earlier this year, Phoenix won the Academy Award for Best Actor for his performance in 2019’s “Joker.” In his speech, he said: “I think we’ve become very disconnected from the natural world. We feel entitled to artificially inseminate a cow and when she gives birth we steal her baby, even though her cries of anguish are unmistakable.”

Question 5. Which UK Bakery Chain Launched a Vegan Sausage Roll in 2019, Sparking a Trend for the Pastry?

The answer is Greggs.

The answer is c) £690 million. Bees are the most important species on earth. They are crucial for the environment, but they’re important for the economy too. They fertilize around one-third of the food that we eat and 80 percent of flowering plants.

The answer is Virginia.

Question 8. Zhuhai Recently Became the Second Chinese City to Ban Dog and Cat Meat. Why Did It Pass a Ban?

The answer is because they were deemed companion animals. The city of Shenzhen also passed a ban earlier this year.

Question 9. True or False: Earlier This Year, a KFC Restaurant Replaced All Meat With Vegetarian Alternatives

Question 10. Experts Recently Warned That a 20% Decrease in Beef, Lamb, and Dairy Consumption is Urgent. What Was Their Reason?

The answer is for the environment. The Committee on Climate Change—advisors to the UK government—recently released a report stating that reducing beef, lamb, and dairy consumption by 20 percent, as well as reducing food waste by 20 percent, will save seven million tonnes of CO2 from entering the atmosphere.

The answer is Donatella Versace.

The answer is Arnold Schwarzenegger. The actor owns a donkey named Lulu and a miniature pony called Whiskey.

Question 13. Which Musician Is the Reason Lisa Simpson Is Still Vegetarian?

It’s Paul McCartney. Paul and Linda McCartney guest-starred on “The Simpsons” back in 1995 in an episode called “Lisa the Vegetarian.”

Question 14. How Many Land Animals Are Killed For Their Meat Every Day Around the World? A) Around 70 Million B) Over 200 Million C) 120 Million

Question 15. James Cameron Recently Produced a Documentary Called “Akashinga: The Brave Ones.”  Who Are the Askashinga Women?

They’re an anti-poaching unit in Zimbabwe. “Akashinga: The Brave Ones” premiered at the virtual film festival EarthxFilm in April. 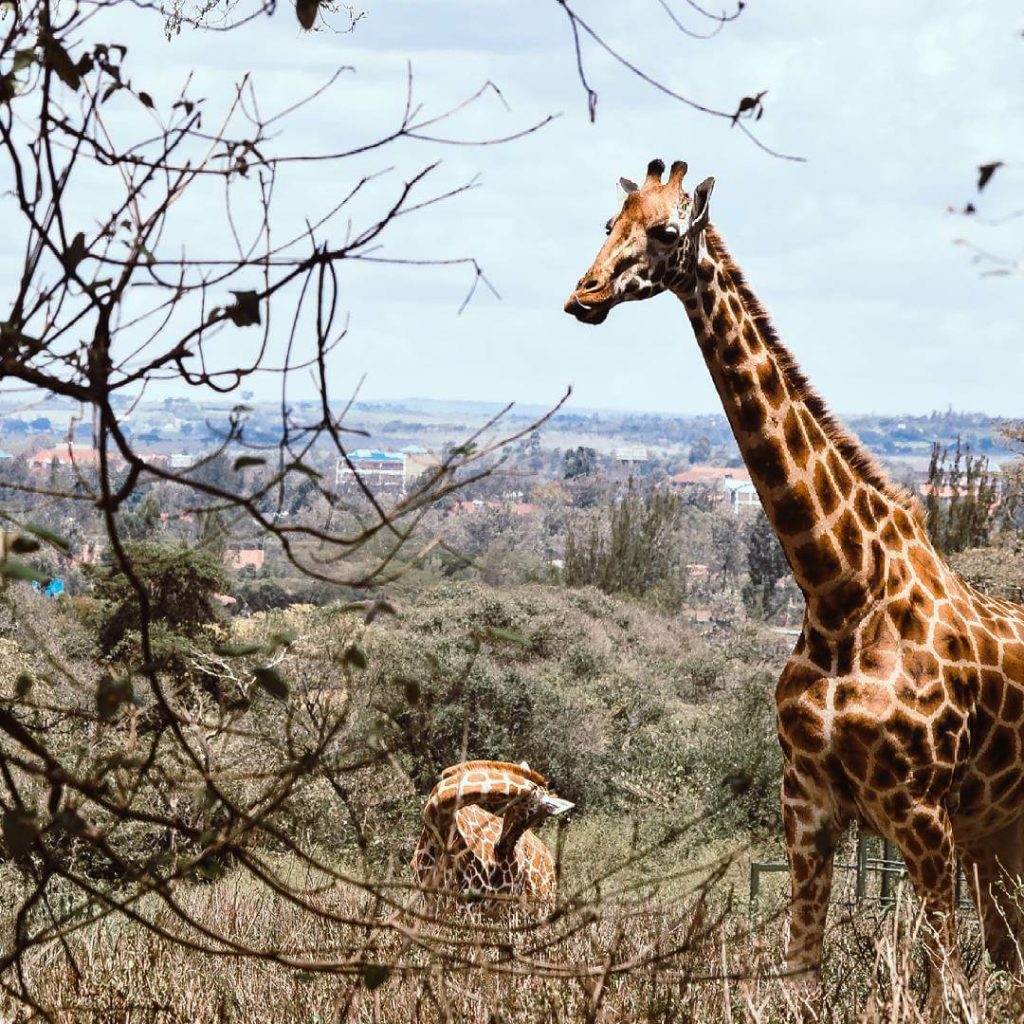 The answer is New York.

Question 17. True or False: In 2018, the UK Launched More Vegan Products Than Any Other Nation

Question 18. What Year Was The Vegan Society Founded?

The answer is 1944. It was founded in England by Donald Watson.

Question 19. Which of These Pizza Chains Does Not Offer a Vegan Option in the UK (Yet)? A) Pizza Hut B) Domino’s C) Pizza Express

The answer is B) Domino’s. While the chain offers vegan options in other countries, including Australia, it has yet to add them to its UK menu. However, last year, a spokesperson revealed that vegan cheese could be coming soon.

Question 20. Which County Recently Made History With the First UK Fishing Ban for the Climate?

The answer is Sussex. The ban followed the Help Our Kelp campaign, which was backed by Sir David Attenborough.

The answer is Camden Market. It banned the sale of fur in February 2018.

Question 22. Netflix Documentary “Blackfish” Was Based on Which U.S. Marine Park?

The answer is SeaWorld. The 2013 exposé featured interviews with ex-animal trainers from the marine park.

The answer is Cher. The singer successfully campaigned for the release of Kavaan from Marghazar Zoo in Islamabad.

Question 24. Why Did Actor Jack Black Give Up Red Meat?

The answer is for the planet. He said he would switch to veggie burgers to help limit “catastrophic climate change.”

The answer is Quorn.

Question 26. Which Vegan Climate Activist Was TIME’s 2019 Person of the Year?

The answer is Greta Thunberg. The 17-year-old activist told the magazine: “we can’t just continue living as if there was no tomorrow because there is a tomorrow. That is all we are saying.”

The answer is a heart attack.

Question 28. True or False: In the U.S., 10 Million Turkeys Are Killed for Thanksgiving Every Year

The answer is false. Every year, 45 million turkeys are killed in the run-up to Thanksgiving in the U.S.

Question 29. On Average, What Age Are Lambs Slaughtered for Meat in the UK?

On average, a lamb is killed between the ages of 6 and 7 months.

Question 31. True or False: All Bat Species Rely on Echolocation to Navigate

The answer is false. More than half of all bat species rely on echolocation, but not all.

Question 32. What Country Has the Highest Number of Vegetarians?

The answer is India.

Question 33. What Animals Are Nicknamed the ‘Unicorns of the Sea?’

The answer is Narwhals. Males have a long protruding tusk, which is actually a tooth, coming from their noses.

Question 34. True or False: It Is Illegal to Hunt Pheasants on Christmas Day in England

The answer is false. There are around 23,000 African lions left in the wild.

Question 36. How Many Chickens Are Killed in the UK Every Year for Food?

The answer is 982 million chickens. For every cow killed in the UK, 300 chickens are slaughtered in the meat industry.

Question 37. What Is Tempeh Made From?

The answer is fermented soybeans.

Question 38. How Many Metric Tons of Plastic Enter the Ocean Every Year?

Question 39. True or False: There Are More Than 500 Species of Shark

Question 40. True or False: Elephant Calves Can Stand Within 20 Minutes of Birth

The answer is true. They can walk after one hour.

Question 41. What Is the Name of the 2017 Documentary That Links Animal Products With Disease?

The answer is “What The Health.”

The answer is true. The Heavyweight boxing champion has been vegan for more than a decade. He believes the dietary change helped him turn his life around after hitting “rock bottom” in 2009.

According to the World Wildlife Fund, the answer is C) 43 miles per hour.

Question 45. What Country Does Tofu Originate From?

The answer is China. Many reports say it was accidentally discovered more than 2,000 years ago.

The answer is true. The singer is vegan for her love of animals and the planet.

Question 47. What is the Largest Wild Cat Species in the World?

The answer is tigers.

Question 48. True or False: Only One Half of An Orcas Brain Sleeps At a Time

The answer is true. Orcas do not breathe automatically, so they must stay half-awake at all times to remember to breathe.

Question 49. Is an Avocado a Fruit or a Vegetable?

The answer is fruit.

Question 50. What Is the World’s Most Hunted Animal?

The answer is a pangolin.

Question 51. True or False: Cows Can Predict the Weather