By Chloe, an international vegan fast-food chain, just announced its second UK location. The new London eatery will open on June 12 in Tower Bridge, serving up By Chloe classics to locals and tourists alike.

The first By Chloe opened in New York’s West Village in 2015, but the founders already had aspirations of expansion. The restaurant swiftly opened five additional locations in New York, in addition to a dessert-only concept, Sweets by Chloe, as well as launching cafes in Boston, Los Angeles, and Providence, R.I. London’s first By Chloe opened in Covent Garden in late 2017. Although the cafe’s co-founder and recipe developer, Chloe Coscarelli, left the company in 2017, it continued with its growing momentum. The restaurant also kept Coscarelli’s culinary creations on the menu, which customers have grown to love. 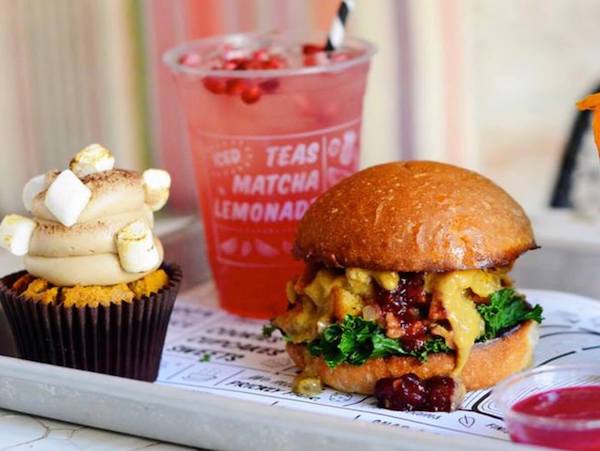 It’s the familiar yet outstanding food that has fueled By Chloe’s success. The menu features plant-based versions of beloved American staples, such as burgers, sweet potato fries, meatball subs, and creamy Mac n’ cheese with shiitake bacon. The restaurant also runs seasonal specials. Most recently, the London location developed a vegan poutine entree in partnership with Deliveroo in honor of the royal wedding – it was rumored that poutine is a favorite dish of the now-dutchess, Meghan Markle. By Chloe is also known for its perfectly sweet treats. Customers can choose from a tantalizing pastry case of “Chlostess Cupcakes,” cookies, muffins, and more, along with a freezer section stocked with decadent vegan ice cream push pops. The Tower Bridge location will feature the regular By Chloe menu along with a few grab-and-go options.

This new location in London does not come with much surprise; the company recently secured $31 million for expansion purposes. By Chloe is set to open 20 additional locations with this latest round of funding, both in the US and overseas.

By Chloe is not the only vegan chain gaining mass market attention. Veggie Grill, an Irvine, Calif.-based fast-food concept, also plans for significant growth throughout the US. The company raised $22 million last November in an effort to double its 28 locations by 2020. The restaurant currently has locations in California, Oregon, Illinois, Washington, and Massachusetts. Further, a build-your-own vegan cinnamon roll franchise, Cinnaholic, is also delighting customers across the US and Canada with plans to open an additional 136 locations, doubling its current size.

Image Credit: Conceptionalb and By Chloe