A vegan sushi bistro has opened in Prague. The new eatery has a focus on serving Onigirazu, or as they are colloquially dubbed, ‘sushi sandwiches.’ Aptly, Onigirazu is also the name of the new restaurant.

According to media outlet City Spy Prague, “[d]espite Prague’s plentiful offerings, vegetarian sushi is often limited to the usual carrot/avocado/cucumber fare even at the Czech capital’s better sushi bars (though the veggie sushi options at YAMI Sushi Bistro are excellent).” This is where Onigirazu (the eatery, that is) hopes to make a change. 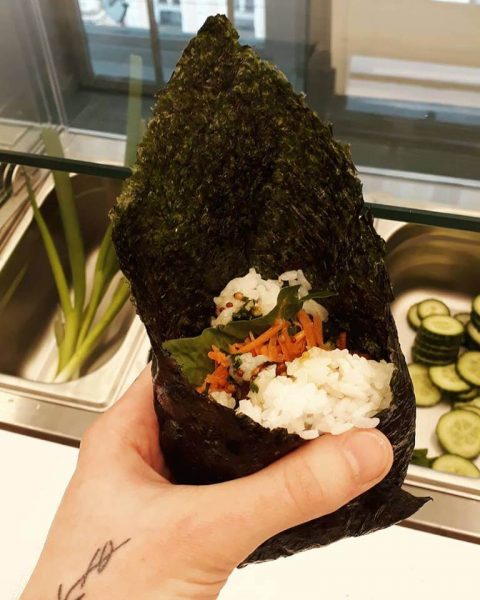 The fillings featured inside these sushi-style sandwiches include baked tempeh with carrot, avocado, spinach, and a sesame-coriander dressing. This flavoursome option can be purchased for 65 Czech Crowns (or £2.30).

A mango and basil option, complete with sriracha-coconut dressing, is also available for 60 Czech Crowns (£2.10). Furthermore, customers can pick up a fish-free miso soup with their Onigirazu for 35 Czech Crowns (£1.20). 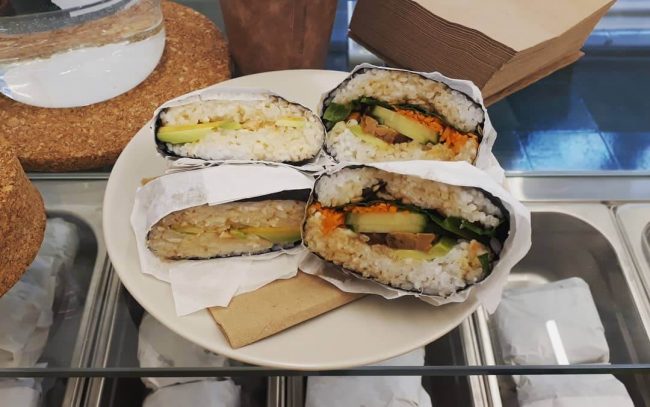 Onigirazu were introduced back in the ’90s, during a manga (Japanese comic) series. Three decades on, these rice-based sushi sandwich and ball combinations are extremely popular within Japanese culture and are also served at trendy sushi chains across the globe. The sushi-esque option was even titled the top dish of 2015 by the Gurunavi Research Institute.

The eatery is located in Prague 7’s Milady Horákové Street in the Czech Republic. Lunch-goers can get their vegan Onigirazu fix between 11am and 3pm. These lunch hours are temporary; the bistro will open full-time in future. Those interested can keep updated via the company’s Facebook page.