If meat-eaters were wondering where to find delicious vegan food but simply didn’t know where to look, Flipside restaurant has provided a solution. The American-inspired plant-based restaurant is opening right next to the UK’s largest wholesale meat market.

Founded by Dee Thaya, Director of Abra Wholesale and owner of the ABR restaurant group, the Flipside restaurant hopes to outshine its meaty neighbour, Smithfield Meat Market, by impressing customers with its plant-based dishes.

The menu is designed by Jen Pardoe and Claudia Tarry, the brains behind PB2B (which stands for “Plant-based to Business”), a food and beverage development agency specialising in the plant-based sector. For breakfast, customers can enjoy organic chickpea scramble boxes and sourdough donuts, while lunchtime options include burritos and mac ‘n’ cheese. And the evening options take the game to a whole new level. Serving American-inspired burgers, Flipside will feature the famous Beyond Burger, a “chicken” burger, and classic sides such as loaded nachos. 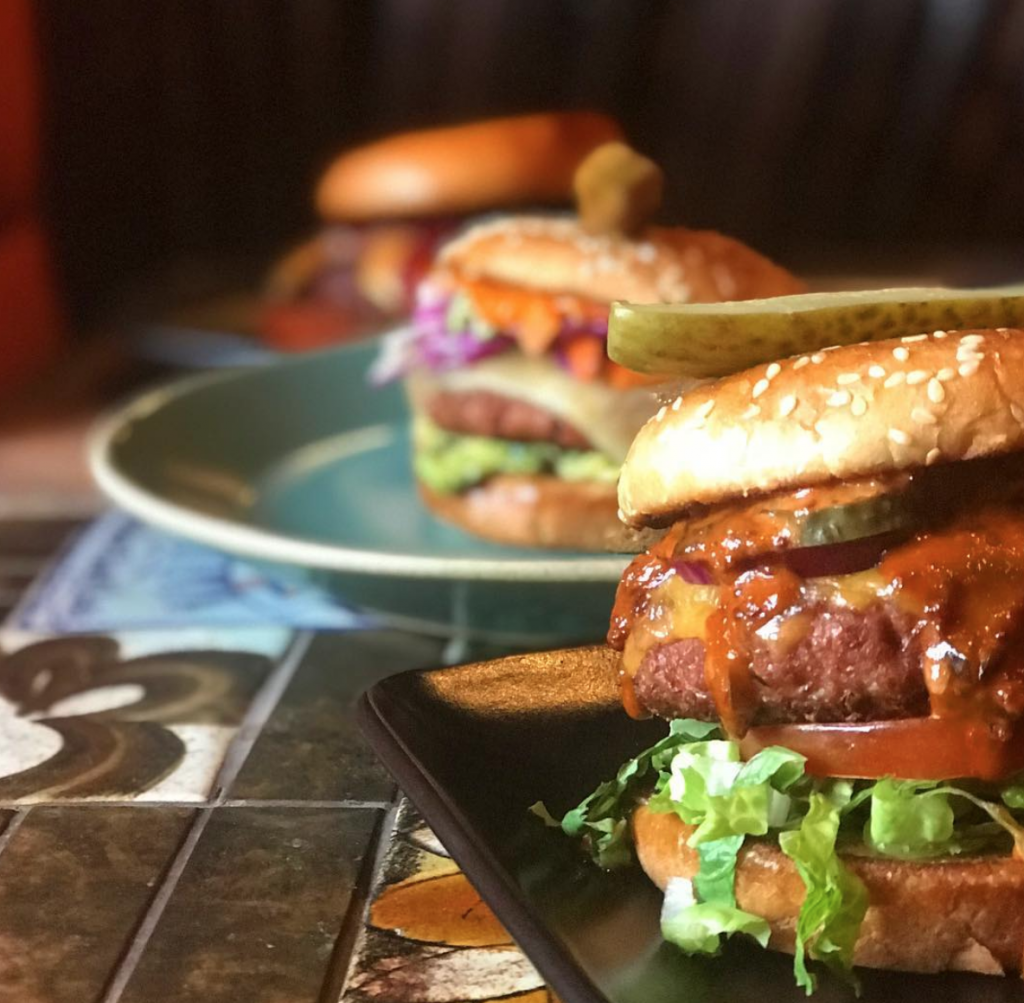 Smithfield Meat Market and Flipside might seem like unlikely neighbours – competitors even – but growing evidence suggests that meat-eaters are those most responsible for the booming demand for vegan food, making the restaurant’s position more than just strategic — it may prove convenient for a number of customers.

January data revealed 70 percent of people purchasing the popular “bleeding” vegan Beyond Burger are meat-eaters. Similarly, meat-eating consumers are behind the influx of vegan restaurants in Canada.

Flipside is not the first plant-based business to capitalise on this growing demand. Also stepping on the toes of a meat-focused business, the UK’s largest vegan restaurant, Erpingham House, recently opened on the site of a former steakhouse. Likewise, the Texas vegan Earth Burger chain’s San Marcos venue replaced a longstanding Church’s Chicken franchise.

However, Flipside is creating its own identity in this growing market. Unique to other chains, the eatery will feature stereotypically American decor, such as a private telephone box, American slogans, and a soundtrack of American talk and music radio stations. The restaurant will also offer both takeaway and eat-in options, a flexible model which has proven successful for other vegan restaurants including by CHLOE. and The Vurger Co.

The fully cash-free Flipside eatery will open on September 28th on Farringdon’s Cowcross Street – it’ll be the one next to the meat market.