Media outlet, Quartz, has named a prominent vegan brand in its ‘most underrated scientific breakthroughs of 2017’.

Beyond Meat, creator of the vegan ‘bleeding’ burger which tastes, looks and feels just like a beef patty featured on the list, due to its accomplishments in mainstream stores. Chase Purdy comments that this year the brand ‘made [a] dream a reality’ when the burgers started to be stocked alongside animal-derived meat products in stores.

‘For years, getting plant-based alternatives to conventional meat products out of grocery store “specialty foods” aisles and into mainstream meat cases was a pipe dream,’ claims Purdy.

Purdy believes that this triumph is a sign that ‘the doors are opening wide for disruption in the meat industry.’ 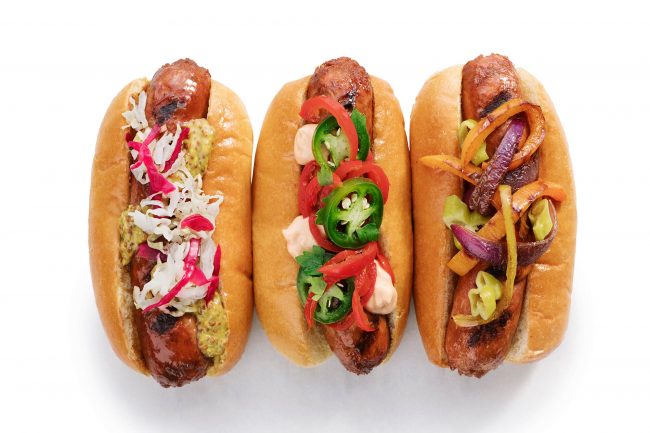 The brand has already begun to have a great impact on the meat industry, with meatpacking giant Tyson making a considerable investment. CEO of Tyson, Tom Hayes, has even commented that he is excited about the future of vegan protein.

It seems that Beyond Meat’s disruption isn’t stopping with burgers. On December 18th, the brand announced that they were bringing out the Beyond Sausage, the plant based equivalent of a pork sausage which tastes just like pork but boasts an improved nutritional profile.

The company is also expected to triple its current production rate, after receiving a $55 million investment in early December.

Will the company continue to be considered ‘underrated’ in 2018, or will it get the recognition Quartz thinks it deserves?