Following the release of its premier vegan shrimp to select locations in the United States, vegan seafood company New Wave Foods is already looking ahead to the future.

According to Food Navigator, company co-founder Dominique Barnes says that vegan crab and vegan lobster are the next logical steps in product innovation. Vegan salmon and tuna are also on the radar. For the time being, however, Barnes expressed that the company’s main goal is to partner with larger restaurant chains and food service providers.

New Wave Foods’ vegan shrimp is currently available at the Monterey Bay Aquarium, a restaurant in San Francisco airport, the Calafia Cafe in California, and Orchard Grocer in New York City. The company expects that it should be able to meet the demands of a larger customer through its co-packing facility in California, where it is able to produce 3,000 pounds of is plant-based, sustainable shrimp per month. “Chefs know more about seafood than anybody and they want to offer more sustainable options,” said Barnes. 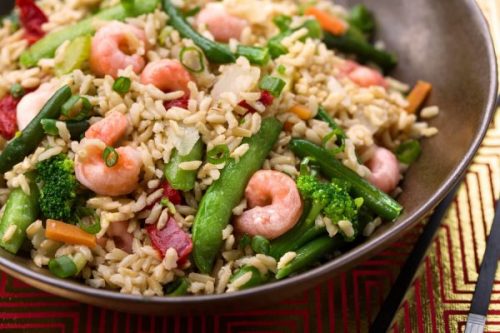 Barnes says she feels positive about the recent influx of competitor sustainable seafood companies like Good Catch Foods, Ocean Hugger Foods, and Terramino Foods, as well as emerging lab-grown seafood companies like Finless Foods. “There are more people entering the space, but competition is a good thing,” she said. “Everyone’s also in slightly different territory so I think there is a lot of room for growth.”

Co-founded in 2015 by Dominique Barnes and Michelle Wolf, New Waves Foods aims to create a sustainable solution to seafood. With a Masters degree in Marine Biology and Conservation from Scripps Institution of Oceanography, Barnes is leveraging her knowledge to make the public more aware of many of the issues surrounding shrimp farming, such as bycatch, human rights issues like slave labor, and how shrimp farms contribute to pollution and the destruction of local ecosystems. While Barnes notes that chefs are at the forefront of the sustainable seafood movement, consumers are also starting to question where their food is coming from. The ultimate mission of New Waves Food is to make a positive impact, as well as profit.