According to Vegan SeaStar, the product is already available at the Marie Heinekenplein location of Vegan Junk Food Bar. It will also soon be available in Jumbo Foodmarkt Groningen, which recently launched 30 feet of dedicated vegan shelves in response to consumer demand. Following the initial launch, the company hopes to expand into other retail locations.

The company currently offers two products, No Tuna and Zalmon Sashimi, both of which are made from a blend of tapioca starch and glucose from seaweed in order to create an authentic flavor and texture. The company was created with the mission of combating the rapid depletion of the ocean’s global fish stocks without having to sacrifice the taste or texture of traditional seafood products. According to data from the World Wildlife Fund (WWF), global commercial fish stocks have declined by nearly 75 percent. A study published in the journal Aquatic Conservation indicated that “urgent” action is needed to protect the oceans from further overfishing and climate change. 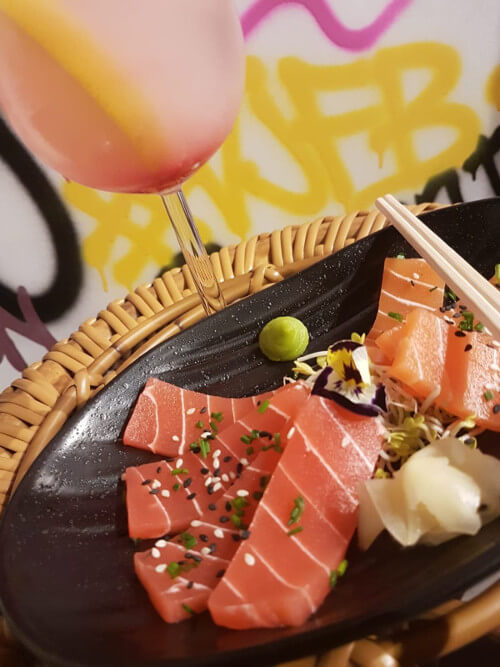 Vegan SeaStar is one of several emerging brands that seek to disrupt the seafood industry by using innovative blends of plant-based ingredients to recreate the experience of eating seafood. Ocean Hugger Foods serves its vegan tomato-based Ahimi tuna fish at select Whole Foods Markets, as well as select locations catered by major foodservice provider Aramark, throughout the nation. The brand also hopes to roll out a lineup of other vegan seafood varieties, including eel.

Last June, algae-based shrimp from vegan seafood startup New Wave Foods launched in a few restaurants in the northeast U.S. Good Catch Foods, a vegan seafood brand whose high-protein, legume-based tuna fish was developed by the Wicked Healthy plant-based chefs, Derek and Chad Sarno, received an $8.7 million investment last August to bring its products to market. While all of these brands take a different approach in creating their signature products, each share a similar mission: to disrupt the global fishing industry with a sustainable, plant-based alternative for the sake of the animals and the planet.