According to Israeli media outlet Haaretz, the mushroom meat has a texture “reminiscent of chicken,” and promises to be the “original shawarma experience, only 100 percent vegan.”

The shawarma is served with “all the usual components” including tahini sauce, pickled vegetables, salad, and amba – a mango pickle condiment bought from Tel Aviv’s Hatikvah market.

The only difference, the publication claims, is that the vegan option comes with “no concerns about animals suffering in its preparation.”

Mushrooms Are the New Meat

Mushroom meat may also be the healthier choice. Traditional lamb meat shawarmas qualify as red meat, which has been shown to increase the risk of developing cancer. In fact, some health experts recommend labeling red meat with graphic health warnings, like those on cigarette packets, to discourage consumers from eating these foods in excess. 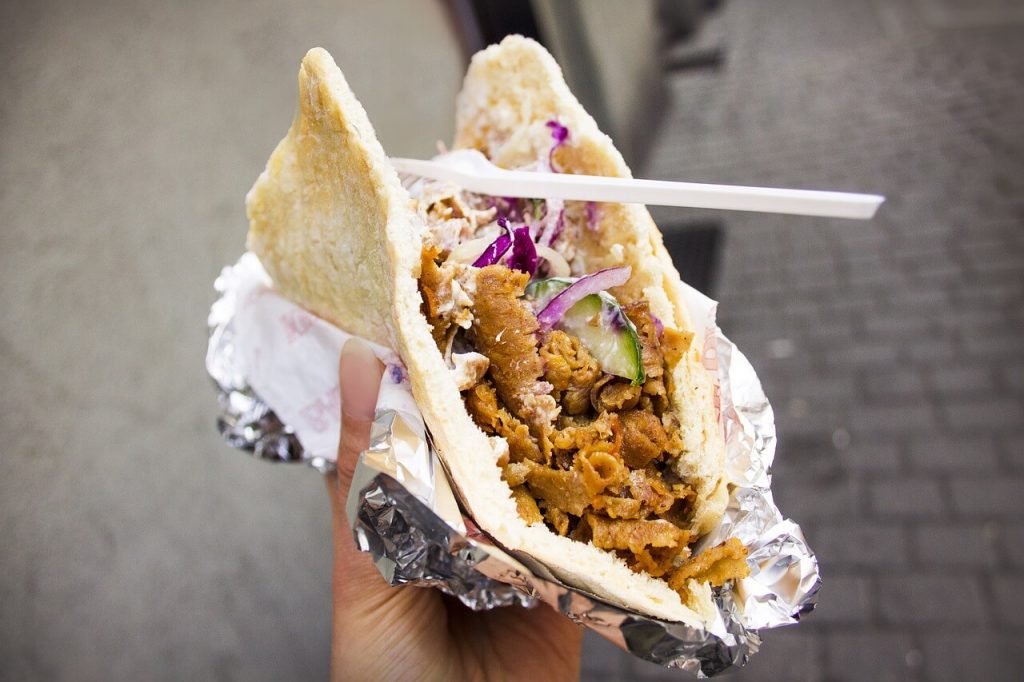 By contrast, mushrooms are known for containing protein, fiber, and B vitamins, as well as selenium, a powerful antioxidant which supports the immune system and protects against cellular and tissue damage. White button mushrooms are also one of the few plant-based sources of vitamin D.

It may be unsurprising, then, that the mushroom is quickly becoming the new meat.

Last month, vegan startup Tarramino Foods raised $4.2 million to replicate meat and seafood with mushrooms. Like Sultana, the startup chose mushrooms for their unique ability to mimic the taste and texture of meat, while also providing a robust nutritional profile.

Chef Zakaim is well-known for his previous vegan restaurant, Zakaim, and its Persian-influenced menu. While this restaurant is “reminiscent” of the Iranian food he enjoyed as a child, his new venture steps away from his past and recognizes the increasing demand for vegan options in Tel Aviv.

Data from 2017 revealed that Israel has the largest percentage of vegans per capita in the world, at roughly five percent of the population (400,000 people). Another 40 percent has “drastically reduced the usage of animal products,” according to the Indian Express.

Tel Aviv, the second most populous city in Israel after Jerusalem, accommodates for this increased interest in veganism. It offers a variety of plant-based restaurants, Sultana now among them.