However thanks to a new startup, ethical eaters now also have vegan shrimp – which is set to be the latest wave in plant based protein. Since 2015, New Wave Foods have been engineering 100% plant based shrimp – the first endeavor of it’s kind.

This startup is based in California where co-founder Dominique Barnes attended The Scripps Institution of Oceanography, earning a master’s degree in marine biodiversity and conservation.

New Wave Foods claims their vegan shrimp is“uncompromising in taste”, a feat achieved with the latest, cutting-edge technologies. Co-founder, Michelle Wolf is a materials scientist engineer – using her expertise for the company to develop the shrimp.

Barnes said in an interview with Alternet, “She [Michelle] looked at shrimp muscle at a molecular level to understand what gives it different textural properties. We then used that data to select plant and algae ingredients, which gave us the same texture as shrimp. Being able to achieve that is a first. As for appearance, we found this really great red algae extract that is actually the same compound that gives shrimp its color. We have used that to give a really authentic color to our shrimp, because, you know, most of us eat with our eyes first.” 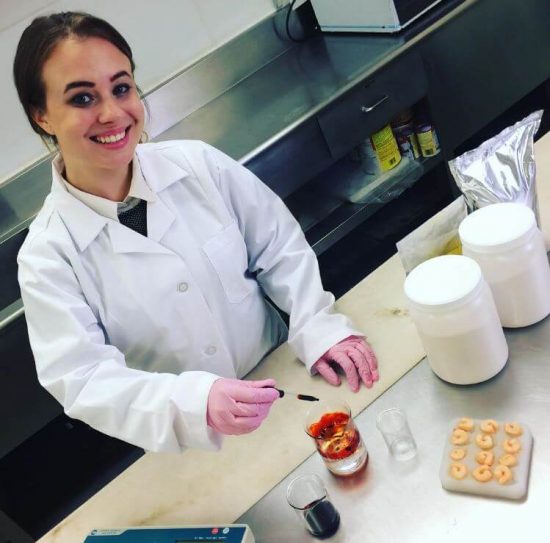 Working with Indiebio, the world’s largest biotech accelerators – this vegan shrimp is already in some catering companies and schools across the U.S, with retailers in Nevada and California to expect to stock the shrimp early next year and other states and countries to follow later in 2018. 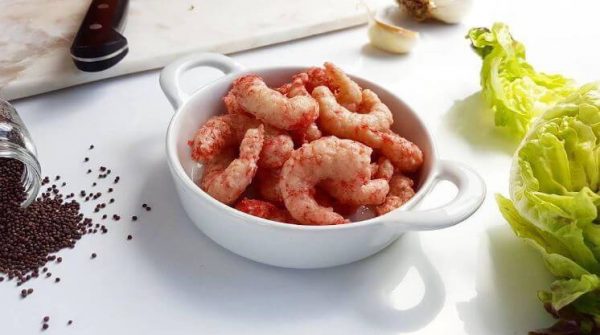 Americans eat an average of 4.1 pounds of shrimp per person each year. As it would be difficult for all these little creatures to be sustainably farmed and caught, it is common for the fisheries to make sacrifices with their practices.

Alongside environmental impacts and unsustainability of fishing, there’s also the health impacts. While seafood is often touted as a healthy food (albeit growing in waters with chemicals, pollution and plastic present) for being lean protein (yet high in cholesterol) – alike most traditional meats, there is a huge demand for mass production.

Ethics are a big concern for many shrimp consumers. 90% of the U.S’s shrimp comes from Southeast Asia, where a large majority of shrimp are farmed from dangerous mangroves by slave workers, even children – who work laboriously without pay.

Add in vegans and vegetarians and the plant based era is becoming increasingly foreseeable.