The vegan snack market is set to exceed a value of $73 billion by 2028, a new report by market research firm Future Market Insights (FMI) predicts.

According to FMI, the plant-based snack industry will grow by a compound annual growth rate (CAGR) of 8.7 percent from its current value of $31.8 billion. This new estimate was updated from an initial predicted CAGR of 6.4 percent after the firm gaged the increasing consumer demand.

The report explains, “The growing trend for veganism and vegetarianism is further leading to the increasing demand for plant-based snacks and products.” It also credits the growing desire for vegan food to “Increasing concerns regarding animal welfare and treatment,” which “is considered to be another driver for the growth of plant-based snacks and products in developed economies.”

Specifically, FMI believes that the vegan “salty snacks” industry will be worth $20 billion within the next ten years. It also forecasts that plant-based meat snacks will experience the highest levels of demand, and thus experience the fastest growth in the forecast period. 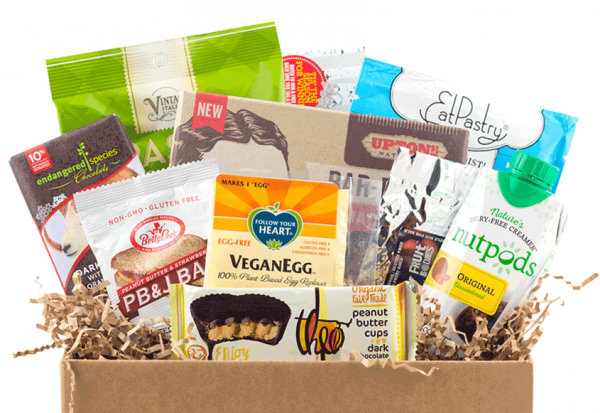 A report this summer by Research and Markets noted the projected growth of the global meat snacks market was diminishing. It identified veganism as an obstacle to the growth of the beef jerky, meat sticks, and pickled sausages markets. Earlier this year, U.S. brand Dr. Amy’s Organics launched a raw vegan eggplant jerky, which was set to take on the meat snack industry. Last December, the “growing adoption of veganism” was similarly noted as a major factor obstructing the growth of the pepperoni meat market.

Major brands are dipping their toes into the vegan snack market. Earlier this year, Nestlé – the world’s largest food manufacturer – announced its purchase of a majority stake in Terrafertil, a plant-based Ecuadorian organic snack company, which goes by the name of Nature’s Heart in the UK. At a similar time, Unilever, a global product corporation, launched a new vegan snack line to support urban farming initiatives. Since then, The Vegetarian Butcher, a Dutch vegan meat company, has partnered with major meat brand Mora to extend its plant-based snack offerings to the masses.

Earlier this year, FMI released another report revealing that, by 2027, the plant-based yogurt market would be worth $7.4 billion.