Tesco’s new spiced Iced Fruit Cake Slices are part of the supermarket’s Free From range, made without wheat, milk, egg, and gluten. Available in packs of five, they are the ideal festive treat for allergy-prone consumers.

This year, the major chain has also introduced festive baking kits: the Tesco Free From Christmas Cake Kit, and the Tesco Free From Yule Yule Log Cake Kit. Both are free from milk, wheat, and gluten, and can be made without eggs. Since these products are intended to be baked at home, consumers can easily use vegan-friendly egg replacements – such as banana, soaked chia seeds, or aquafaba – to create festive desserts suitable for all to enjoy.

On top of these seasonal desserts, Tesco is also making sure that mince pies, the ultimate Christmas classic, can be enjoyed by all. Both its non-decorative and Lattice Top Puff Pastry Mince Pies, featuring flaky puff pasty filled with spiced sultanas, juicy raisins, and currants mincemeat, are made without eggs and dairy. The chain is also selling Mr Kipling’s Free From Mince Pies, which feature gluten-free pastry and are vegan-friendly. 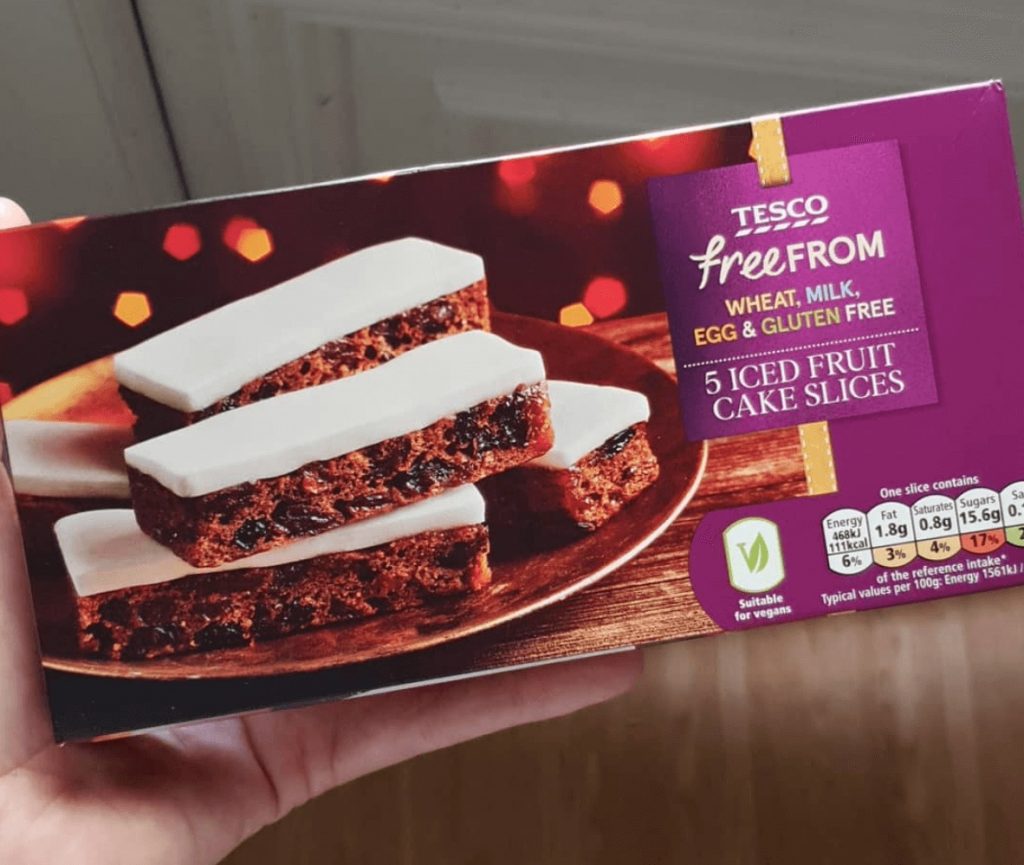 Tesco is not the only UK retailer offering desserts suitable for all consumers this Christmas.