If it seems like nearly everyone is lactose intolerant or can’t eat dairy, that’s because 3 out of every 4 people are ‘lactose mal-absorbers’ – meaning their bodies can’t digest milk. Alongside a staggering rise in veganism, human consumption of dairy milk is well set to be a thing of the past.

Despite bovine’s milk reputation for building strong bones, many significant studies are proving that, since bovine milk is produced specifically for developing baby cows, it is not suitable for human consumption.

And yet global lactose intolerance continues to bewilder some. 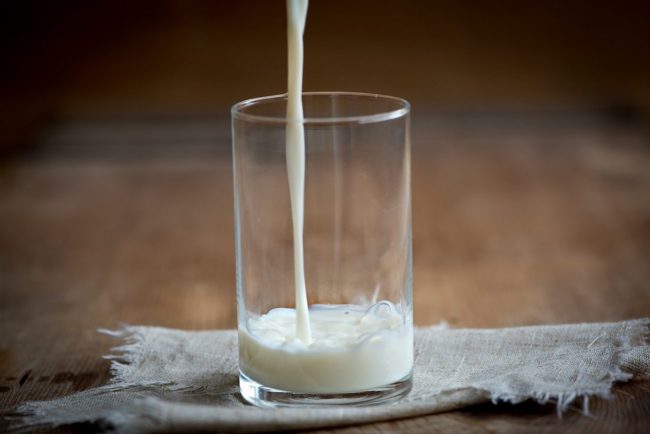 So what actually is it?

Lactose is a component of bovine milk products, which, in order for humans to digest it requires an enzyme called lactase to be produced. People who are lactose intolerant do not produce this enzyme, or do not produce enough of it, to digest the lactose consumed. This causes diarrhea, bloating, abdominal cramps and nausea.

While some people are born with an intolerance to lactose, it can develop at any time during a human lifespan. As we grow, the ability to digest bovine milk naturally starts to decrease, hence many people aged 30-35 onwards find they can no longer drink milk as they used to, or develop other gastrointestinal problems (such as IBS).

This is set to revolutionise India’s food system, particularly India’s view of what ‘standard’ milk is. 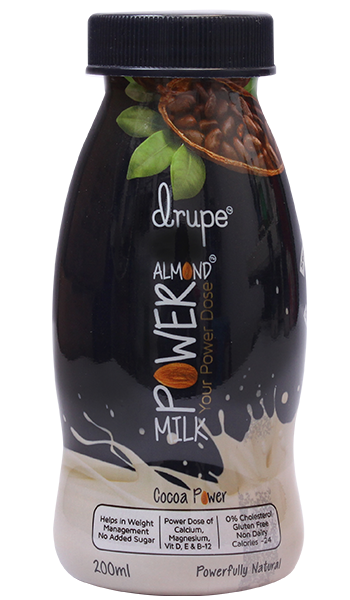 Considering that a study found that Indians are more sensitive to lactose than their Western counterparts, this is a huge and deeply helpful step.

In fact, in part because of an aversion to dairy, authentic Indian cuisine is predominately vegan; this may come as a surprise for many, since Western consumers over many generations have morphed authentic dishes into ones which are heavy in animal-products. Who hasn’t heard of the paradox that is a ‘Classic Butter Chicken‘, right?

Drupe Power says about their new product: “Drupe Almond Power Milk is not only a decadent substitute to milk but it is also a great source of Protein, Antioxidants, Vitamin D, Potassium and Calcium. It’s very nutritious and easy to digest” – both delicious and nutritious!