Just yesterday the first episode of Marvel’s Runaways aired on Hulu and with it came the introduction of a Marvel character never before seen on screen: Karolina Dean.

Played by Virginia Gardner, Karolina, who originally appeared in Marvel comics in 2003, is one of Marvel’s LGBTQIA+ characters, a community that is finally being represented in Marvel productions, and in addition to this, she’s vegan. Raised by two vegan parents, Dean is described as a ‘bright and bubbly hippie.’ 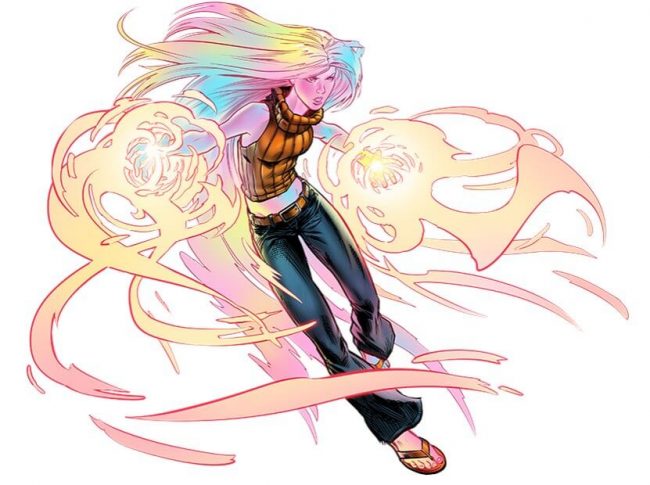 Dean may not be Marvel’s only vegan character on screen in 2018 either, with rumours circulating that Neal Shaara, a devout vegan superhero, will appear in Deadpool 2.

Marvel are making their way into the 20th century with Dean by also portraying an openly gay superhero, although being a teen drama Karolina will take a little while to figure it out.

Actress Virginia Gardner is no stranger to vegan food, having tweeted previously that she met Zac Brown in a vegan restaurant. Judging by her Instagram the star also has a penchant for a slice of pie, perhaps her new character will allow her to discover the wonders of vegan pepperoni pizza instead.

When in New York…

Despite the extensive benefits of vegan food, it doesn’t appear that Karolina Dean will be using her plant powers to fight evil. Instead, she learns that she’s actually an alien and when she takes off her ‘medic alert bracelet’ she transforms into ‘a humanoid rainbow of cascading cosmic energy capable of flight after removing it.’

Unfortunately, even kale can’t help you do that.