I am always on the look out for vegan recipes to impress my none vegan friends with (the best way to spread veganism, in my opinion). A few weeks ago I had a few friends over, and I knew none of them liked fish, so I thought this was my chance to show them they could still have sushi, vegan sushi! 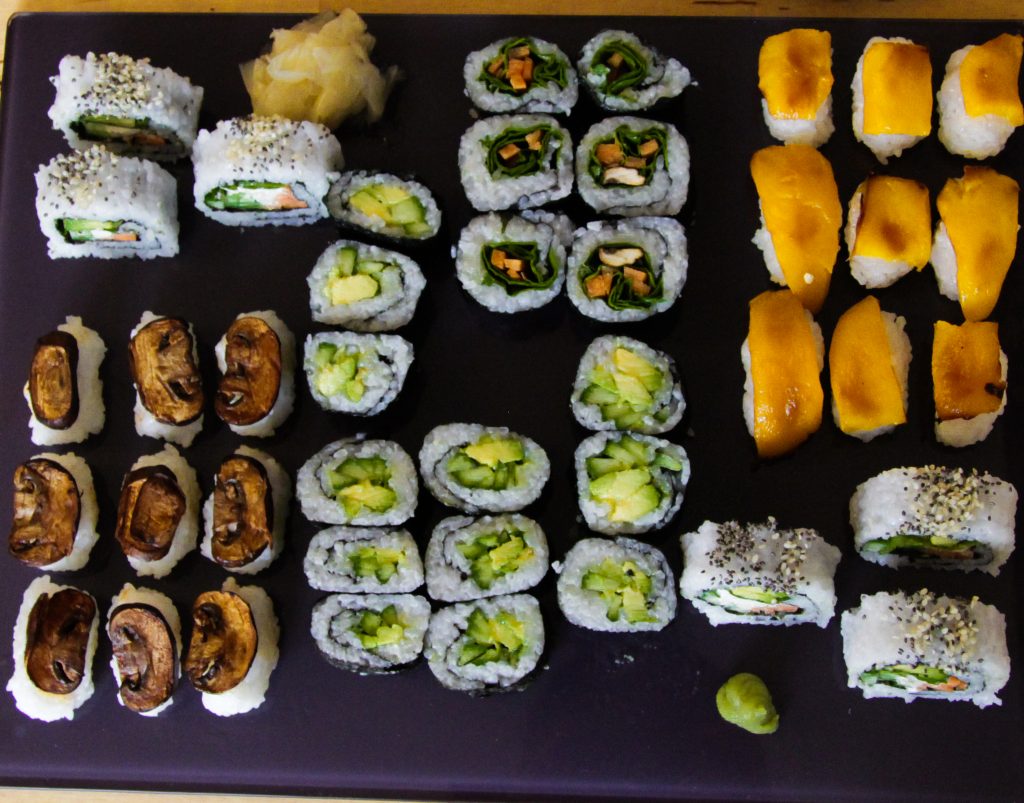 How to make it:
– Cook the rice according to package directions, once it’s cooked and has rested, mix together all the seasoning ingredients, poor them into the rice, stir them in well and then spread the rice on a baking tray. Don’t use it until it has cooled down!

How to make them:
– Either the night before, or in the morning of the day you want to make sushi, slice the mushrooms into thin slices.
– In a mason jar, mix the soy sauce, miso and a little hot water until the miso has completely dissolved.
– Add your mushrooms to the jar, shake it well so they’re all covered in your seasoning and let them sit in the fridge until you’re ready to use them.
– On the next day, or a few ours later, heat a non stick pan over medium heat and poor the mushrooms in with their sauce. Cook them until they’re soft, if you need to, add a little water so they don’t burn.
– Once they’re cooked, form little balls out of the sushi rice, and add a mushroom on top. Press it down so it sticks to the rice.

How to make them:
– Cut the pepper into strips that are about the right size for a nigiri topping.
– Toss the pieces of bell pepper with some olive oil, salt and pepper and spread them on a baking sheet.
– Roast them at 180˚celsius until they’re tender, take them out of the oven and carefully peel of the skin.
– Form your rice into nigiri shaped balls and top each ball with a piece of pepper, pressing them on firmly so they stick.

How to make it:
– Cut your vegetables into long, thin strips. In a bowl, mix vegan mayo with a little Sriracha until you have your desired spiciness.
– Lay your nori sheet down on your bamboo mat or plastic wrap and add an even, thin, layer of rice on top.
– On the end closest to you, add your vegetables and top them with the spicy mayo.
– Roll the roll up as tightly as you can and cut it into six pieces. 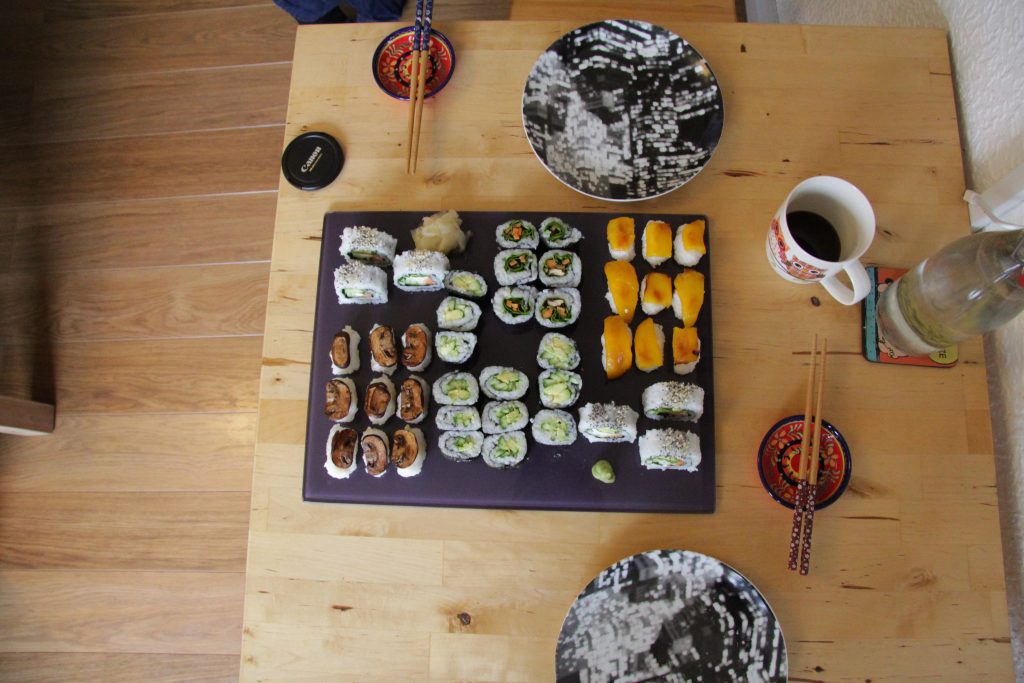 I used an entire pack of rice and made enough for this platter and some leftovers that made a delicious lunch! Super simple and will impress any guest! 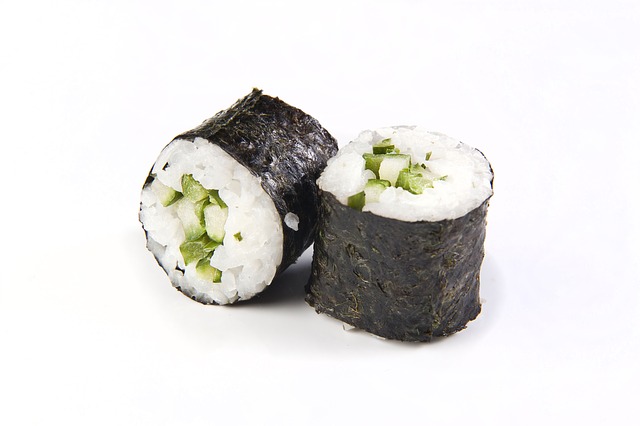