A vegan taco by Taqueria La Venganza has just won the coveted Taco Madness taco contest, claiming the title of Best Los Angeles Taco. The roaming vegan Mexican pop-up reigned supreme over the 32 other non-vegan competitors with its barria taco.

L.A. Taco, a Los Angeles-based media publication, hosts Taco Madness every year, encouraging the city’s best taco-makers to step up to the plate and showcase their food. The contest is designed via a bracket of five elimination rounds to determine the winner based on fan votes. L.A. Taco claimed that this 9th annual Taco Madness was “the most fiercely competitive bracket yet.”

Although a few other vegan vendors entered the competition (Cena Vegan and Plant Food For People) the majority of the competitors submitted meat and fish-filled tacos. Taqueria La Venganza’s win proves that vegan food can hold its own, and even be preferred, to animal products. The company wrote on Instagram, “A vegan taco was selected by the people to represent Los Angeles in 2018.  Change isn’t coming.. it’s here.” 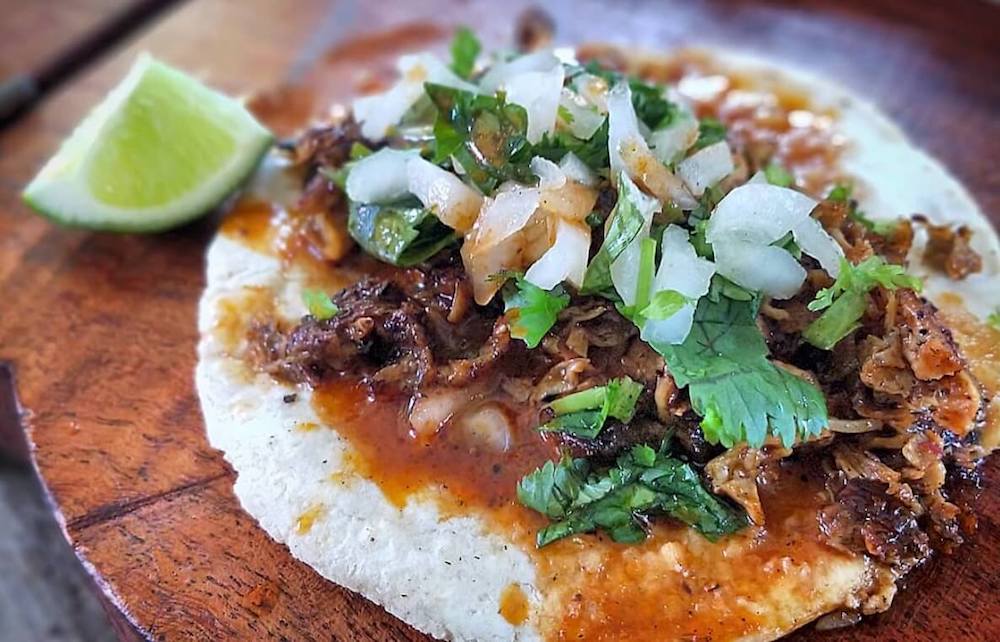 Even L.A. Taco noted the shift toward plant-based meals. “Plant-based tacos are also coming up,” the publication noted, “On any given weeknight, in neighborhoods like Highland Park, it’s not unusual to have to wait over 30 minutes or more just for a plate of Taqueria La Venganza’s tacos de vegan chicharrón…We can’t forget the first vegan taqueros who started it all almost ten years ago: Plant Food For People.”

To acknowledge the self-proclaimed carnivores and pork carnitas-obsessed, the publication concluded, “It’s OK to be a skeptic, but remember that a good taco speaks for itself.”

Upon receiving the prestigious trophy and medal, Taqueria La Venganza posted on Instagram, “I want to make a point that all of these Taquerias should make vegan options. The demand is there. I didn’t beat [the competition]. Veganism beat them. I know that they could execute amazing cruelty-free food if they only tried (some of them already do) imagine the best Taquerias in LA offering affordable delicious vegan tacos. That’s the kind of competition I want…Thank you to the city of Los Angeles and everyone who voted… Taco party coming soon as I promised.”

In addition to what is sure to be an epic taco party, the company is looking to begin a Kickstarter campaign to raise funds for two food trucks in the San Francisco and Los Angeles areas. For taco party and food truck updates, follow Taqueria La Venganza on Instagram.