“Our shoppers look to Whole Foods Market for new and delicious products, and we are honored to recognize our top supplier partners who demonstrate industry-leading innovation and impactful work,” said A.C. Gallo, president and chief operating officer at Whole Foods Market. “These national and local suppliers were selected from thousands of driven, passionate, mission-based brands at Whole Foods Market and represent the best in class in sourcing, and commitment to the highest quality standards.” 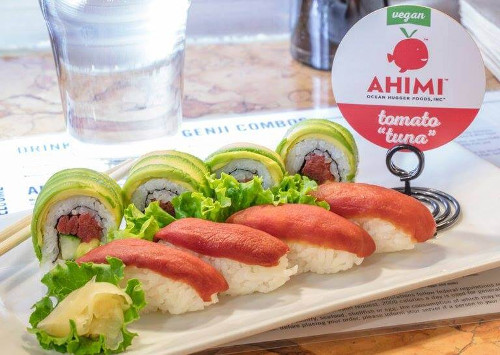 Ocean Hugger Foods was born of the founders’ mission to “create delicious, sustainable plant-based alternatives to popular seafood proteins, that delight even the most discerning of palates.”

In late 2017, the company debuted its vegan Ahimi Tuna at select Whole Foods Markets in LA and NYC. Using a blend of water, soy sauce, sugar, and sesame oil, the company’s chef was able to create a sustainable vegan fish with a savory, meaty taste that has been described as being indistinguishable from the fish-based sushi-grade tuna. Not only did the release spark rave reviews from customers (NPR regaled it as a “dead ringer for Ahi tuna sashimi”), it caught the attention of other businesses as well.