New vegan tuna sushi rolls hit the shelves of Whole Foods Markets in New York and Los Angeles this week. Produced by vegan seafood specialist Ocean Hugger Foods the “Ahimi” tuna is a tomato based vegan substitute to raw tuna perfect for sushi, poke bowls or ceviche. It’s made from just 6 natural ingredients and is free from mercury, PCB’s and other toxic chemicals usually found in tuna, as such it’s safe for pregnant women, nursing mothers and anyone looking for a tasty, healthy vegan alternative to raw fish. 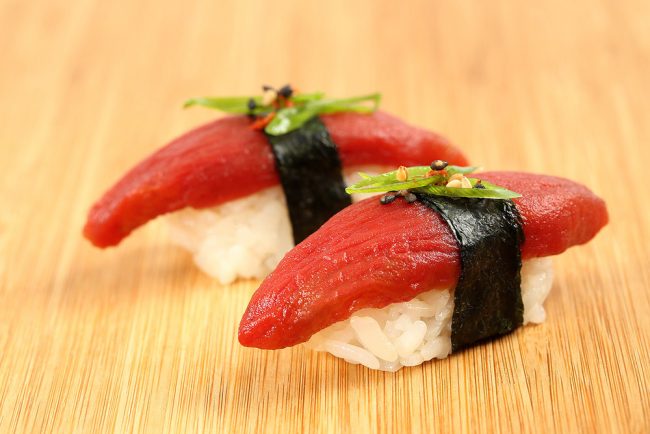 Heralded as the world’s first fishless tuna it’s been designed to look, taste and feel like raw tuna. Reviewers said:

“I tried a few pieces of the final product, and it’s convincing. The texture and look are spot-on, and a friend could not tell the difference between [Ahimi] and raw fish.” Commented The Daily Beast.

“Picky eaters, vegetarians and vegans rejoice: Fish-less tuna is here, and it’s going to turn your world upside down.” Reported by Huffington Post.

Master chef, James Corwell, who founded the business came up with the idea after visiting the Tsukiji fish market in Tokyo and seeing what he describes as two football pitch sized warehouses of tuna. The market sells around 3,000 tuna every morning, making him question how our oceans could sustain this level of consumption. Sadly they can’t with the UN finding that over 85% of all fish stocks are “overexploited, depleted or recovering from depletion” and furthermore the Nature Journal found that 90% of all large fish, e.g. tuna and marlin, are already gone. 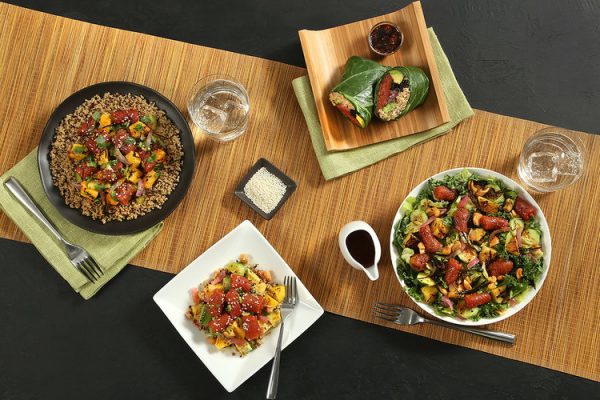 This new vegan tuna could be the answer. It’s been available in New York since last year at Fresh and Co and it’s also available through vegan meal delivery service Veestro. Ocean Hugger have plans to roll it out nationwide but for now you can also get your hands on it in select Whole Foods Markets in New York and LA. They have plans to launch new products next year – “Sakimi” a carrot based salmon alternative and “Unami” and eggplant based eel alternative.

Somebody please pick some up and let us know good it is!