A new wellness, sustainability, and activism conference, WTH-Cow-Con, is launching in San Francisco this June.

Inspired by films “What the Health” and “Cowspiracy“, the two-day conference aims to “bring together environmental experts, health professionals, and community activists in an effort to engage, educate, encourage, and empower.”

Earthling Ed, Kip Andersen, James Aspey, and Badass Vegan John Lewis will be speaking at the conference, as well as LIVEKINDLY’s own Jodi Monelle, amongst other guests. Vegan vendors, such as Chalkhill Cookery, Miyoko’s, and Om Sabor, will also be present at the event, in the “vendor village.” Sponsored by Miyoko’s, A Well Fed World, and Animals United Movement (AUM) Films, the conference wants to serve as a “springboard” and inspire both “insight and action” from attendees.

“Events such as [Wth-Cow-Con] are vital in bringing together the vegan community,” said Monelle. She added, “I am so pleased and excited to be participating in an event where the documentaries, and the speakers, have inspired so many people to adopt a vegan lifestyle.” 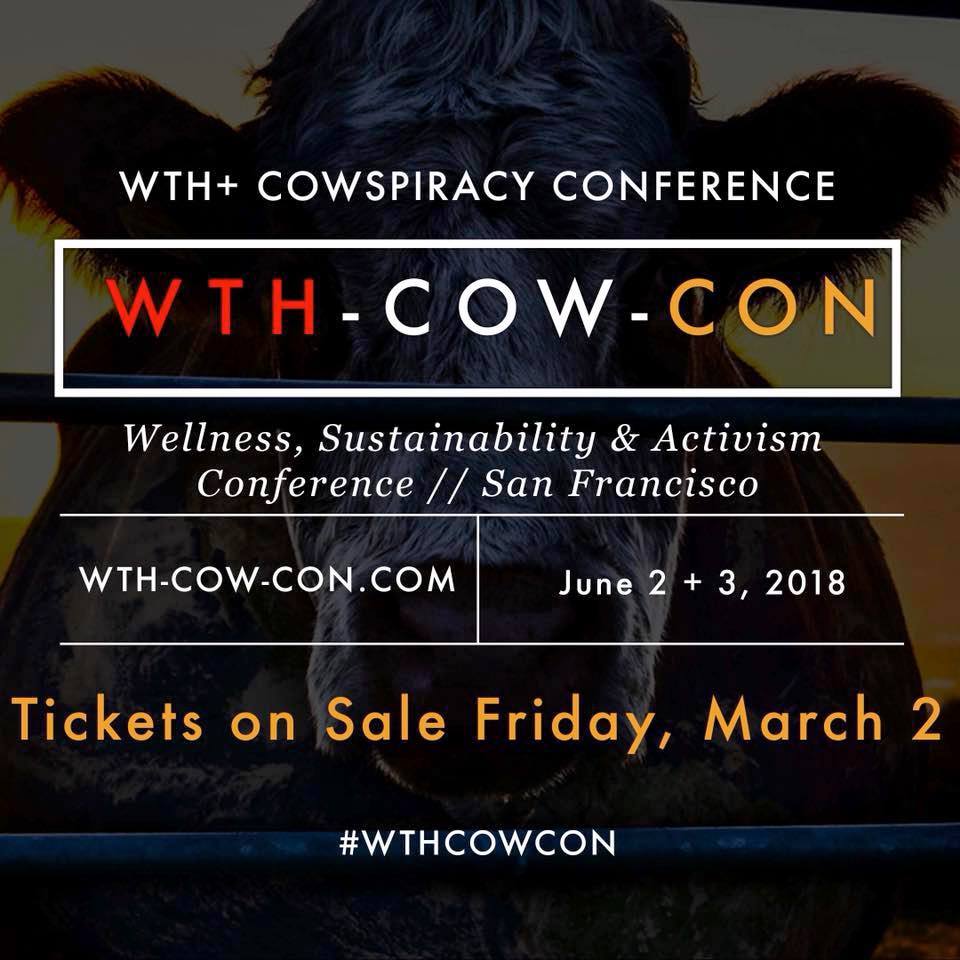 AUM Films’ mission is to “effectively and efficiently represent a harmonious voice for all life on this planet, through all forms of media.” Its two major films, “Cowspiracy”, released in 2014, and “What the Health”, released in 2017, have had a major impact on audiences. The former highlighted the destructive environmental impact of the meat industry, and the latter focused on the impact of meat and dairy on health. “I said many times ‘I will never be vegan,'” stated Matthew Loisel, co-founder of the veganic farm “Lazy Millenials,” last year. “But halfway through ‘Cowspiracy’, I was sure I was going to have to go vegan for environmental reasons,” he added.

“What the Health” has had a similar effect on viewers, “I’m the last person in the world who would ever have gone vegan,” said star of “The Apprentice” and “Big Brother”, Andrew Brady, in February. He added, “I love anything, anything meat, I love it. But it is scary. Check out What the Health on Netflix and make your own mind up, I guess.”

Click here for ticket information or visit the event schedule.