The title of the new series is an ode to the Sarno brother’s brand, Wicked Healthy, which began as a recipe blog but eventually developed into a plant-based empire. The brothers, each with their own unique professional experiences in the health and plant-based food sector, have also written a cookbook and launched a line of successful vegan ready-made meals in Tesco supermarkets. In addition, the Sarnos are the founding chefs behind the upcoming brand of vegan seafood, Good Catch, set to launch later this year. 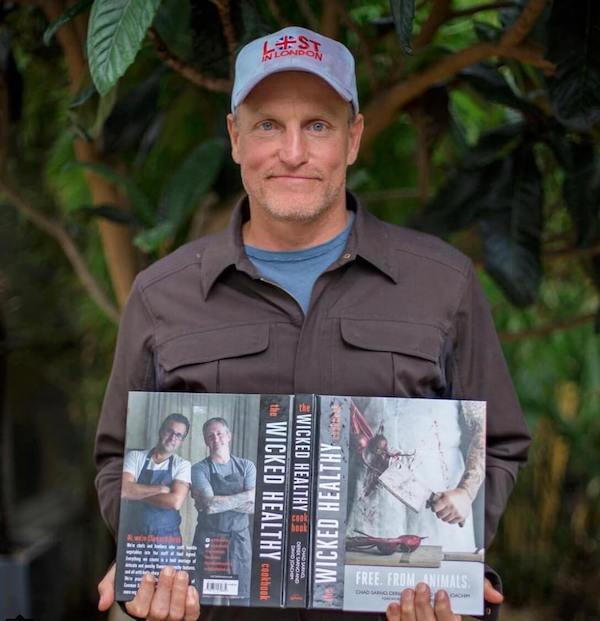 Chad and Derek Sarno will serve as the series’ hosts, traveling around the world to feature the revolutionaries and leaders of the sustainable food space. Their journey will take them from indoor mushroom farms in South Korea to edible rooftop gardens in Tel Aviv, along with several other locations. Chad told LATF USA, “My brother and I are excited to meet other innovators who share our passion and who have developed solutions to bring about change.”

Harrelson is a longstanding supporter of the Sarno brothers and their progressive work. The actor has been a vegan for over 30 years and has employed Chad as his personal chef on a number of films.

Through that relationship, the got to know Derrick as well, and the professional relationship developed into a family friendship that extended beyond the film set. Harrelson wrote the forward to their first cookbook, stating, “Chad and Derek are doing some incredible work. They are at the forefront of a plant-based food movement that’s been building for decades and now is becoming a tsunami.”

“Wicked Healthy World” will provide an overview of this sustainable food “tsunami.” The creators hope it will educate viewers and spark interest and demand for more plant-based food. As with many of the popular travel shows, the series provides education through entertainment.

Information as to when and where the series will premiere has yet to be announced.