Due for release on January 31st, Essence: The Beginner’s Guide to Veganism will give readers the tools they need to transition to a vegan lifestyle.

Written by London-based chef Edward Daniel, the man behind ethivegan, the book is so much more than a cookbook. Although Daniel has included ‘nutritious and mouthwatering recipes’ in his work, the book also offers ‘all the essential tips and science-based information needed to transition to a more conscious lifestyle.’ 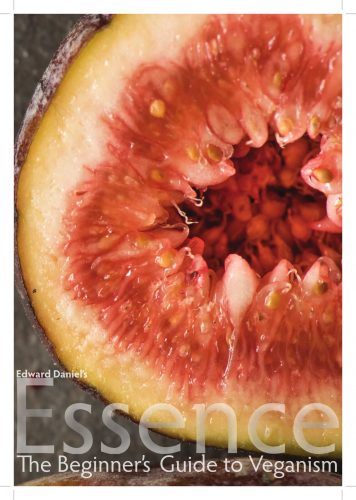 Daniel found his vegan journey has been a life-changing experience. Previously Daniel was the Chair of The Vegan Society, but felt he could do more than just stay ‘behind the scenes’.

Daniel says: ‘It’s funny at The Vegan Society, I was very much behind the scenes – and, now I am stepping forward as one of the many faces of veganism.  I feel humbled that as I am stepping out, people are noticing me more.  Perhaps, they already did. But, in doing outreach work and being part of events, I can spread veganism and make it accessible.’

Daniel’s book will explore the connection between spirituality and food. His aim is to allow people to get the most of their lives, and ‘his food is the universal language to communicate with the world.’

Although the book won’t be released until 31st January, you can already pre-order it on www.ethivegan.com. Daniel will hopefully be participating in a UK tour of the book commending in March of this year.