When the sport first emerged, skaters often practiced in the parking lots of convenience stores, where in many cases, additive-ridden snacks lined the shelves. According to pro skater Karl Watson, who is also an author and a director, this led to many young people consistently fuelling their bodies with foods that were bad for them; junk food became so embodied in the culture that skate brands even began repurposing the logos of processed food manufacturers.

Watson explained, “When we first started skating there was no such thing as diet, it was all about Pepsi, McDonald’s, Doritos...any other fast food we could get our hands on.”

However, skaters are now shunning this unhealthy style of living, and instead, many are favoring a wholesome plant-based diet for its physical benefits. 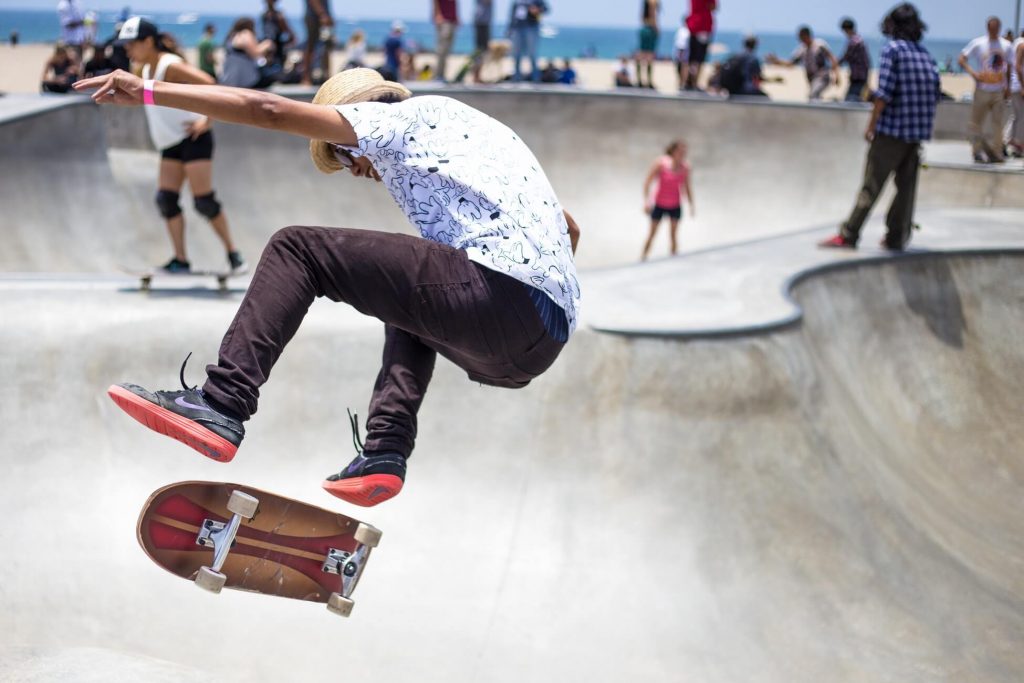 “When I first started going on skate tours it would blow my mind how we would be in a van for four hours with nonstop beers and joints and then show up at a spot and dudes would just immediately start hucking themselves down the biggest gaps or rails I’ve ever seen,” pro-skater Walker Ryan explained.

However, a generation of skating pioneers, including Andrew Reynolds, Jim Greco, and Erik Ellington, began proving that this did not have to be the case. “Those dudes were the first mid-30-year-olds to still keep jumping down 15 stairs,” he added. “They made having a healthy lifestyle acceptable and cool.”

Many brands have spotted the new skater passion for plant-based health and fitness. For example, Watson recently teamed up with Cory Dennis, the CEO of Thistle, a vegan meal plan company, to send care packages to pro skaters.

Other brands have started up specifically to cater to the new demand. In 2016, top-tier pros Reynolds and Guy Mariano, along with other pro skaters, launched Villager Goods, a coconut water and all-natural drink company. They also recently released an electrolyte-infused, high pH alkaline bottled water, a drink now popular among NBA players. Further, Jonathan Lozano, who used to work as an attorney, is the creator of Salad Grinds and Bean Plants, a vegan skate-themed recipe blog. He is also the founder of Flatbar, a vegan energy snack company with products named after skate moves.