Are people who follow vegan or vegetarian diets more empathetic than meat-eaters? According to one study published in the journal Brain Structure and Function, the answer is yes.

The study, called “The Vegetarian Brain,” was led by Italian neuroscientist Massimo Filippi from San Raffaele University. Researchers aimed to evaluate how the brain function of 20 omnivores, 19 vegetarians, and 21 vegans varies when presented with a series of silent videos depicting humans, monkeys, and pigs performing “mouth actions.”

Researchers hoped to understand how the actions of other living beings affect the emotional states and intentions of people. In contrast to previous, similar studies, researchers chose pigs rather than dogs as they believed that canines would be likely to “raise a similar degree of sympathy in the different study groups.”

“Processing and understanding actions performed with the mouth by other individuals contribute to infer[ing] other people’s emotional states and intentions, which is a hallmark of social interaction,” wrote Maria Rocca of the Neuroimaging Research Unit. While each individual watched the set of videos, researchers monitored their brain activity via functional MRI in order to spot potential differences. 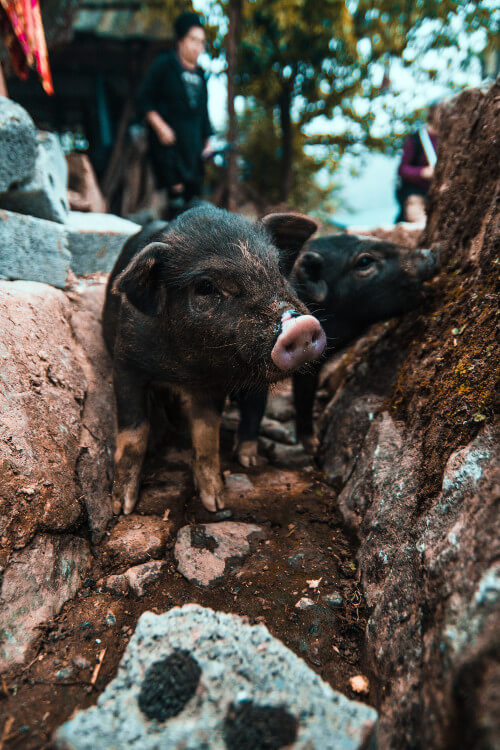 The study builds upon previous research, also conducted by Filippi, regarding the“neurological representation of empathy” and how it differs between vegans, vegetarians, and omnivores.

Through the new study, Filippi aimed to research the specifics regarding brain activity and how it differed when presented with the silent footage. Specifically, he aimed to discover whether or not vegetarian and vegan brains were trying to figure out what the animals in the footage were trying to communicate.

Study participant MRI results indicated that “different portions of the empathy-related networks contribute to the modulation of social interactions with other individuals in vegetarians and vegans compared to omnivores.” This suggests that plant-eaters may be more empathetic towards monkeys and pigs. The previous study conducted by Filippi drew similar conclusions, showing a “higher empathy in vegetarians and vegans versus omnivores.”

Explaining the results in a statement, Rocca noted that the study “provided the first scientific evidence of the dietary habits influences on brain circuits, where dietary choice was based on ethical reasons.”

This is not the first study to analyze empathetic reactions in humans. Filippi and Rocca both worked on a similar, less detailed study in 2010. Though it did not involve differing responses between plant-based eaters and omnivores, a study published last August revealed that meat cravings decrease when people are shown photos of baby animals. The study aimed to provide insight into the effectiveness of using real images in animal rights campaigns.