Israel’s army, the Israel Defense Force (IDF), is the most vegan army in the world. Israel National News reports that the number of vegans has increased 20-fold in just three years, representing a 1,900 percent increase in serving members who eschew all animal products.

Approximately one in 18 members of the IDF identifies as vegetarian. The majority of those who follow a plant-based or veg diet are reportedly from the Intelligence Corps in Kirya, followed by the rear units, and then the infantry and commando units.

The information on plant-based soldiers comes from Tzachi Dabush of Army Radio (Galei Tzahal), a nationwide Hebrew-language radio network operated by the IDF that airs news, entertainment, traffic reports, and more for both soldiers and civilians. According to Dabush, IDF deputy chief of staff Major General Aviv Kochavi is currently the most senior vegetarian member of the army. He may potentially become the first vegetarian chief of staff in the history of the IDF. 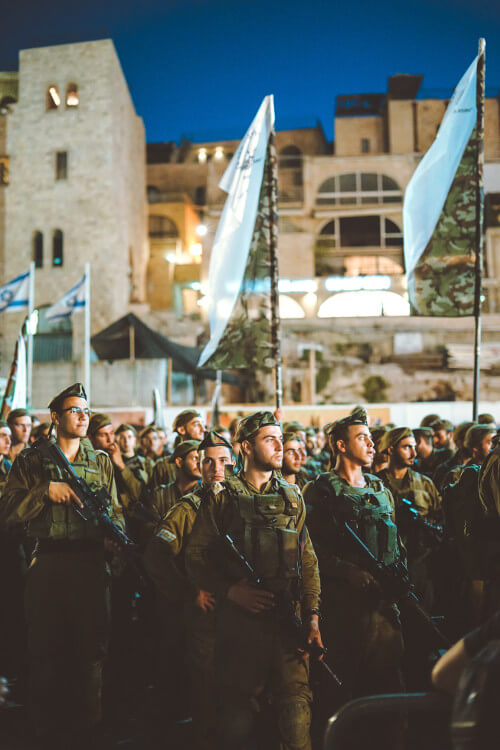 While the military in other nations may still struggle with providing its vegan and vegetarian members with suitable meals, the IDF has spearheaded initiatives to be more accommodating to other diets. The IDF announced in April 2017 that it would update its menus to meet the needs of the recent influx of vegan combat soldiers with 50,000 plant-based combat rations. According to data, Israel has the largest percentage of vegans per capita in the world, representing 5 percent of the population. The city of Tel Aviv has even been called the “vegan capital of the world.”

“The new rations include hummus and tahini, beans in tomato sauce, cocoa spread, halva, green olives, peas and canned fruit,” said the head of the food industry in the IDF’s Technology and Logistics Division, Lt. Col. Donna Steinfeld, in a statement.

The decision was also motivated by the fact that current rations were not nutritionally adequate. The new vegan rations aimed to provide soldiers with meals that meet their dietary needs. “This means food that contains protein and iron. Exactly what soldiers in the field need to give them strength,” Steinfeld continued.

Israel isn’t the only nation whose military has recognized the need to provide meatless dishes. Last August, Finland’s army announced that its defense forces would serve two fully vegetarian meals for lunch and dinner weekly in a bid to reduce its carbon footprint. All garrisons will also provide vegans meals upon request. The new dishes are centered around high-carb ingredients like potatoes, pasta, soy protein, and vegan meat by vegetarian brand, Quorn.