Michelle Anderson-Carroll isn’t your average farmer. She raises rare Oxford Sandy and Black breed pigs for meat, but Michelle has also revealed her dedication to a vegetarian diet. The self-confessed ‘pigaholic‘ started her pig farming career after getting some pigs to help improve and turn over the soil during the grassroots days of her 20-acre farm near Inverness. Inevitably, she and her husand fell in love with them and decided to start breeding them.

At age 11, Michelle ditched meat after being appalled by the poor conditions and long journeys that animals endure during trips to slaughterhouses. While she has tried to eat meat over recent years, she says the texture is too off-putting for her to enjoy.

Despite having tried to consume meat, if her animals look like they really do not want to go to slaughter, she won’t allow them to be sent off, saying, “We never put them under pressure or stress. If they won’t load, they don’t go,” and admits to feeling quite tearful and heart-torn when her pigs are sent away, only able to return as bacon or sausages. She adds, “[a]t the slaughter-house they go down a corridor on a moving floor and around a corner to be stunned so they are none the wiser – but it is still very hard.”  She views her farming methods as a step in the right direction away from factory farming however it might seem rather strange to animal lovers that some animals are even sent to slaughter at all, considering others receive mercy. 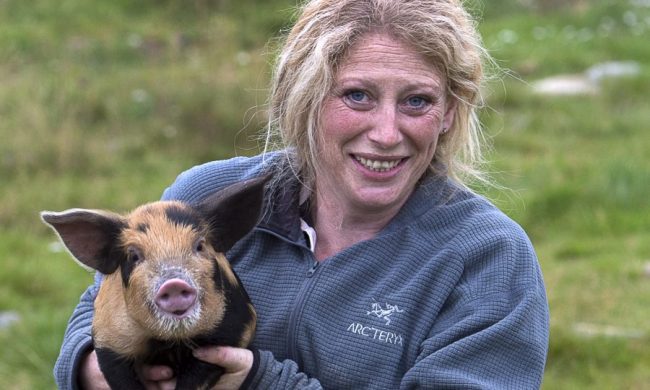 Michelle’s farm, River Croft, now pride themselves over the standard of care and welfare of their animals, with Michelle even stating that if she was to eat meat, she ‘wouldn’t hesitate‘ to eat pork from the animals they raise. Although she is vegetarian, the farmer says “I am a realist. There is no chance on earth people are going to stop eating meat and I would rather they ate meat like ours rather than mass-produced pork because the conditions those pigs live in is appalling.” These methods of raising pigs with love is similar to home-killed animals which is believed to be kinder than mass-produced meat – however neither method is considered sustainable.

In the past year alone, pigmeat production has increased by 2.5%, taking this month’s total to 77,000 tonnes. Also this month, in Great Britan 758,000 ‘clean pigs’ were slaughtered for human consumption. Furthermore, according to the USDA‘s latest livestock slaughter report, pork production increased by 2% from the previous year, taking the total to 1.86 billion pounds per annum. 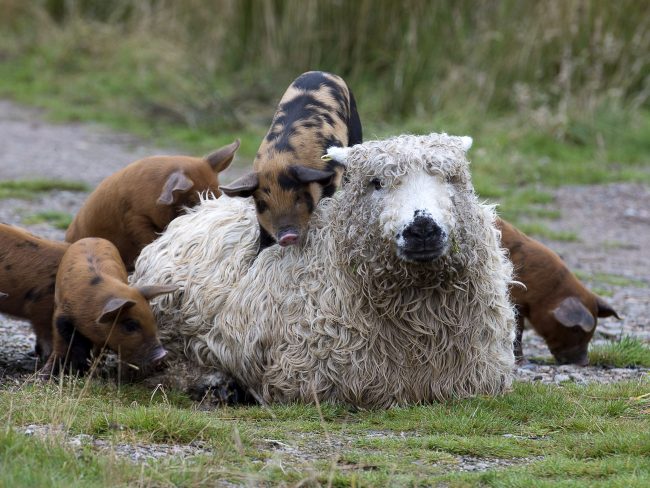 Michelle believes she is an example of a farmer who is caring and compassionate towards her pigs, treating them with love and care because of her passion for animal welfare. Extending this compassion to her plate, Michelle doesn’t consume meat herself, so would her passion for animals and energy be better expended into running an animal rescue shelter or no-kill sanctuary, alongside advocating a vegan lifestyle instead? Michelle’s prediction that the world will never give up meat may be an inaccurate one as people are steering away from animal products and are increasingly interested in vegetarian and vegan diets.

She wouldn’t be the only one to make major lifestyle change and inspire other farmers. Mainstream media increasingly reports stories of ex-farmers who have turned vegan after realising the truth of agricultural practices. Such as recently, New Zealander Jess Strathdee and her partner Andrew turned vegan and left their jobs on a dairy farm after realising their hearts were broken by calving season practices.

Perhaps in time Michelle follow the path of others turning their back on farming.