A new mixed media exhibition in Hong Kong explores the way mankind interacts with animals. Specifically, it delves into Vietnamese mythology and how these traditional belief systems impact animal populations in the modern world.

The belief in Vietnamese mythology that some animals contain healing properties has remained a driving force of the illegal trade of endangered animals, ultimately resulting in the decline of many animal populations, according to Vietnamese artist Tuan Andrew Nguyen.

Vietnam’s ecology is complicated. Two new species of animals have been discovered every week in the past decade, however, the country has more species of endangered animals than many other nations around the world, Nguyen explains on his website. 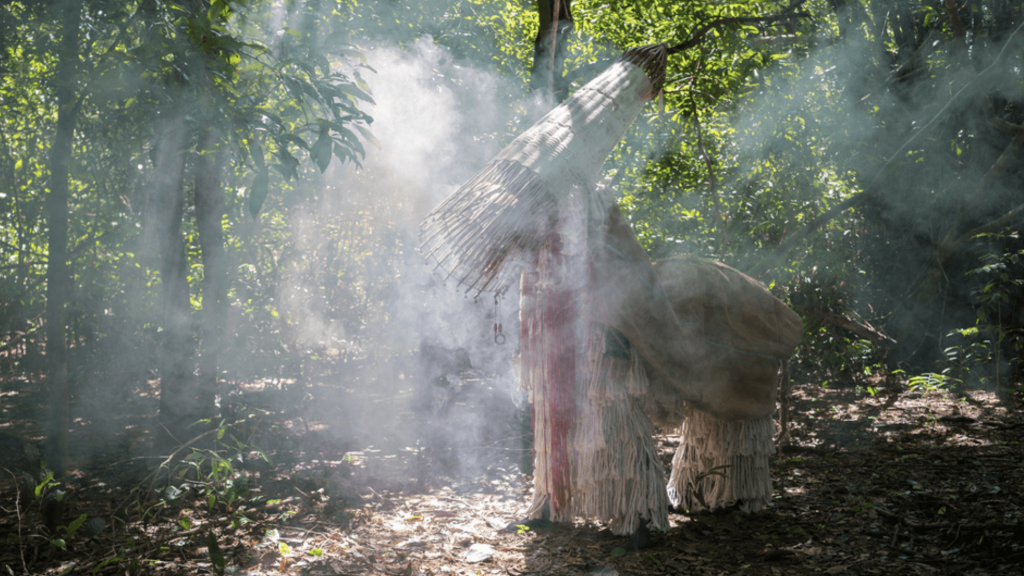 To explore these issues and promote reflection, Nguyen created a video project titled “My Ailing Beliefs Can Cure Your Wretched Desires.” In the project, two animal spirits debate the wrongdoings of mankind and humanity’s role in destroying ecosystems.

One voice in the project represents the last Javan rhinoceros that was killed by poachers in Vietnam in 2010. The other voice is that of an old turtle who died in Hanoi’s Hoan Kiem Lake in 2016. Some people in Vietnam believe the turtle was the descendant of the mythical Golden Turtle that helped King Le Loi defeat the Chinese in the 15th century.

In Nguyen’s exhibition, the spirits converse across two television screens. Footage plays alongside their debate, with attractive panoramic shots of Vietnam’s environment juxtaposed to confronting images of extinct animals, tigers trapped in cages, and livestock being slaughtered for human consumption. 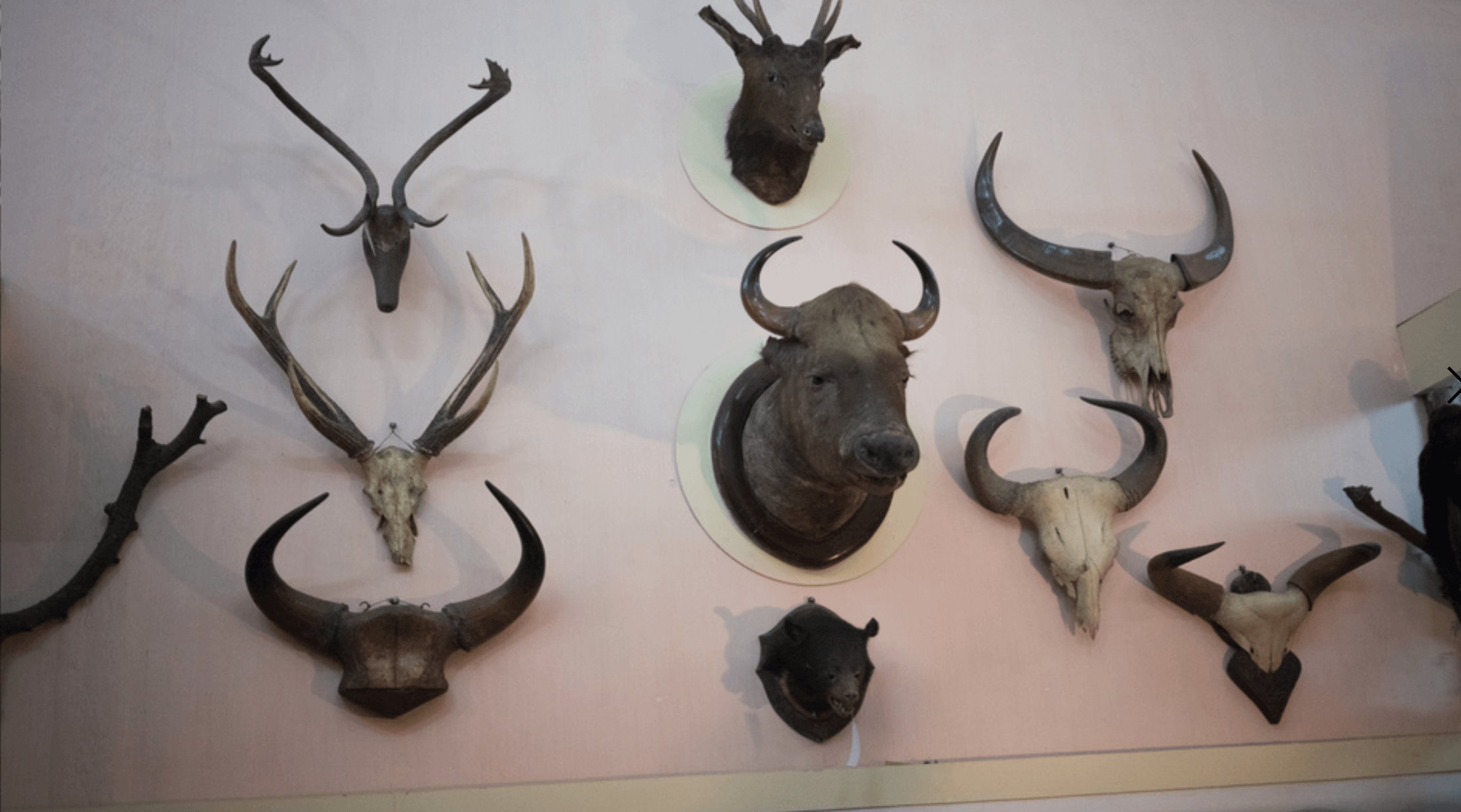 The appearance of the work in Hong Kong is of notable importance, given the region’s high rates of meat consumption. Data released in 2016 showed that one in four Hongkongers were eating more than twice too much red meat every day. Similarly, in Vietnam, where a lot of Nguyen’s footage takes place, people are eating four times more meat than they previously did. Writing about Nguyen’s exhibition, news publication the South China Morning Post noted it is “particularly strange” how even in Asia, where many believe in reincarnation, cruelty towards animals is prevalent and acceptable. “Every day, images similar to the slaughter scenes in Nguyen’s video are seen in Hong Kong’s wet markets, where butchers casually discard piles of entrails onto the pavement and fish are scaled while still alive,” it wrote.

But Nguyen’s work is not intended to criticise humanity; he told the South China Morning Post, “I want to implore people to look and to question.” He added that both China and Vietnam experience “pleonexia” — extreme greed that is not motivated by necessity but by tradition and patterns of belief.

Nguyen joins others speaking out about animal treatment interlinking with tradition. Earlier this year, actor and activist Ricky Gervais tweeted to his 13.2 million followers that harming animals is “wrong,” regardless of tradition or religion.

“My Ailing Beliefs Can Cure Your Wretched Desires” will be showcased at 10 Chancery Lane Gallery, 10 Chancery Lane, Central. The exhibit is open from Tuesday until Saturday from 10 am to 6 pm. It closes on August 28.