Virgin Trains just launched a full vegan menu on all of its routes, becoming the first train operator in the United Kingdom to do so. The move was prompted by demand as more people reduce the amount of meat and dairy in their diets, opting instead for plant-based food.

In Virgin’s standard class, the vegan options include a breakfast pot with mushrooms, spinach, baked beans, and hash browns as well as a plant-based chilli.

Vegan potato hash breakfast, Mediterranean pasta salad, and spicy Bombay potato are available for those travelling in first class. Soya milk is on offer to all passengers.

“The clear message we’ve had from vegan customers is they need consistency so they have peace of mind when they board the train,” food and beverage proposition manager Julie Harper said in a statement. 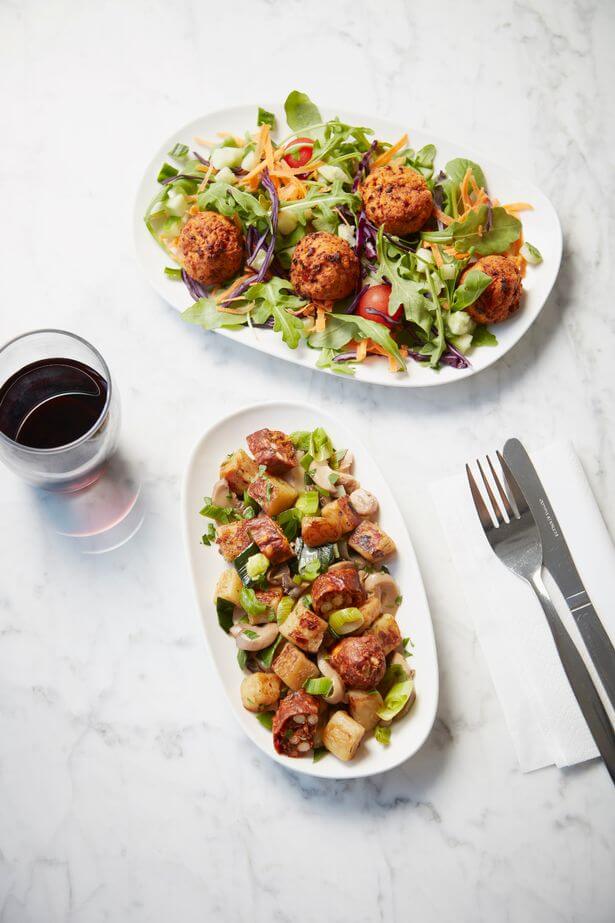 However, the meals weren’t designed exclusively for vegan travellers. Harper explained, “We’ve worked really hard to ensure that our menus in First and Standard deliver that consistency throughout the day and include some really delicious, appetising options that we hope will tempt vegans and non-vegans alike.”

The public hopes the move will inspire other train firms to make the same changes.

Louise Davies, head of policy at The Vegan Society, revealed that the organization had been campaigning for “decent” vegan options for several months – “and it’s great to see Virgin respond with a menu that anyone can enjoy,” she said.

“Market trends are showing a rapid growth in plant-based eating. We hope that others will follow Virgin’s lead and take notice of the power of the vegan pound,” Davies added.

Virgin Group, that owns Virgin Trains, has been active within the vegan movement. Its international airline, Virgin Atlantic, removed beef and palm oil dishes from its in-flight menus in a bid to improve sustainability. The signature restaurant in the organization’s cruise line, Virgin Voyages, has a “vegetarian forward” focus, also to improve its environmental standing. It even has a vegan tattoo parlour onboard.