A first-of-its-kind program has launched in classrooms across America. The initiative uses Virtual Reality technology to help students make the connection that farm animals are “friends, not food.” The “cultivating compassion in-classroom program” is led by Farm Sanctuary Humane Education.

According to a press release, this free-of-charge modern food education program is opening minds in New York, Philadelphia, New Jersey, Connecticut, and the San Francisco Bay Area. Throughout the experience, which is suitable for most ages, students take a “virtual field trip.”

Using Virtual Reality headset technology, participants are ‘transported’ from the classroom to the peaceful, grassy fields at Farm Sanctuary. The vegan sanctuary is home to many rescue animals and is America’s leading protection organization for farm animals. 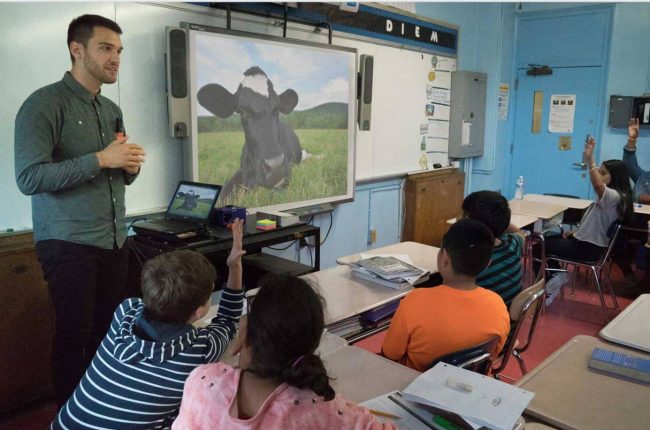 In 2011, TIME magazine named Farm Sanctuary’s Co-Founder and President, Gene Baur, “the conscience of the food movement.” Not one to let down such a prestigious title, Baur speaks to the viewers in the video, saying, “It is critically important to address the negative impacts of industrial animal agriculture if we hope to curb some of the biggest threats our world faces. Failing to discuss these issues in the classroom would be doing future generations a terrible disgrace.”

Creating open and meaningful discussion surrounding animal agriculture helps to promote a deeper understanding of animal sentience and their abilities to not only suffer and feel pain but to also experience joy and a sense of freedom. 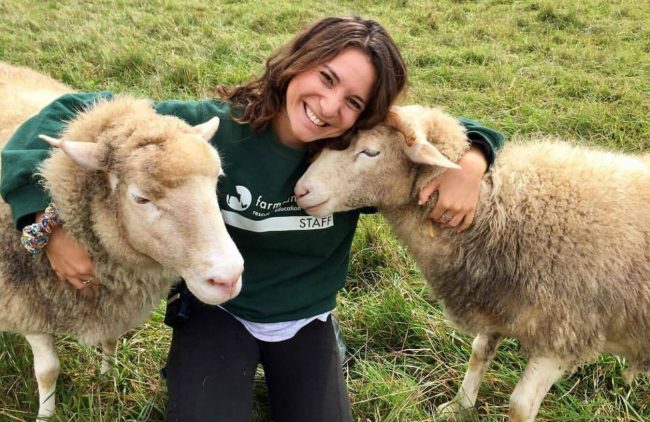 While many people turn away from animal products for ethical reasons, health has increasingly become a major driving factor as well. Eating animal products has been linked to many preventable diseases, including cardiovascular disease, diabetes, Parkinson’s, dementia, and several forms of cancer. In contrast, it has been suggested that opting for a plant-based diet, particularly one focused on whole foods, is optimal for human longevity and physical wellbeing.

By educating “the people of the future” about how small personal choices can have an impact, Farm Sanctuary’s program may have a profound effect in shaping the future of our food system.