Volkswagen may have been selling veritable lemons since the scandal dubbed “Diesel Dupe of 2015,” where it designed cars to fraudulently pass emissions testing, but here’s something you probably didn’t expect from the German car manufacturer: It has been selling currywurst sausages since 1973. And it’s been selling a vegan version since 2010.

The popular car brand was so rocked by the prolonged emissions scandal that it’s been difficult to recover. The sausage business, however, is holding its own, though, reports Fortune. “In 2015, while Volkswagen’s car deliveries fell nearly 5% from the previous year to 5.8 million, its currywurst output soared 14%, to 7.2 million sausages.”

That’s right, the car manufacturer sold more sausages than it did cars in 2015. And it’s apparently not the first time the automaker has “cranked out more currywursts than cars,” the magazine notes. “Production of its curried wieners—which are branded with a stamp that says ‘Volkswagen original parts’ in German (‘Volkswagen Originalteil’) and are sold in at least 11 countries—has exceeded production of Volkswagen cars (not including the company’s other lines such as Porsche and Audi) for at least the past three years.” 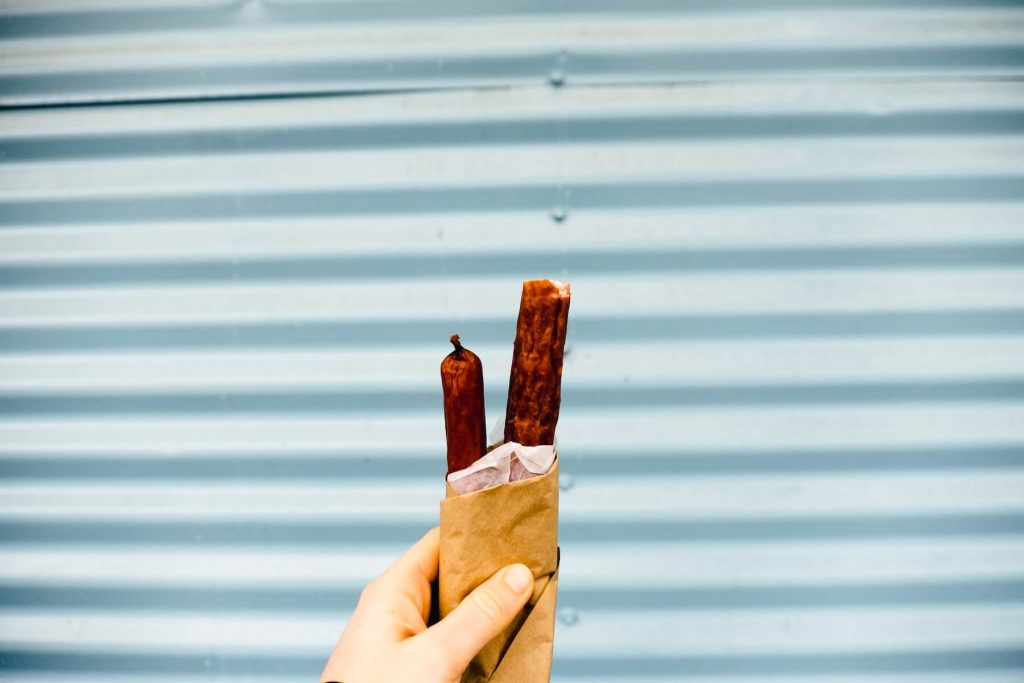 Car dealers often give out packages of the sausages to new Volkswagen owners. Although, that’s not likely to lead to the recent sales spike. The vegan sausages appear to be anything but lemons — earning the car company awards and praises. And with the rising demand for vegan food, it may see even more welcome accolades (and sales) coming its way as the sausages serve as a distraction from the numerous graveyards of unsellable Volkswagens.

While Volkswagen’s sausages aren’t available in the U.S. yet, vegan sausages are all the rage in the country right now as vegan meat company Beyond Meat has seen its Beyond Sausages selling out across the nation. They’re even on offer at Yankee Stadium in New York. The vegan sausages are made from pea protein and beans and get their signature “snap” from an alga casing.

It may not erase “Diesel Dupe” from history, but increasing production of vegan currywurst or sausage may be one way for Volkswagen to reduce emissions. Like cars designed to falsely pass emissions tests and still leak harmful greenhouse gases into the environment, livestock animals are responsible for a significant amount of GHGs; they produce more greenhouse gases than the entire transportation industry, especially pigs and cows, commonly used in sausage production.